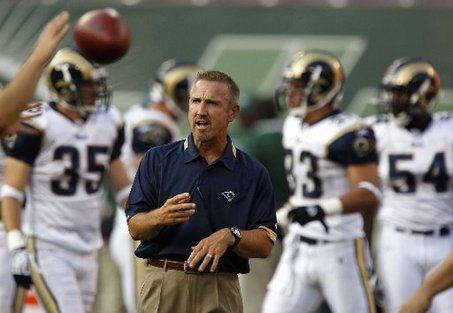 There is an axim is sports that”defense wins championships” which has been embraced by Eagles fans after their tumultuous 2011 season. With the speed of a cornerback blitz, speculation for defensive coordinator Juan Castillo’s job began as soon as

the season concluded. Compounded with the firing of Steve Spagnuolo as coach of the Rams, rumors began of a Spagnuolo-Eagles reunion with Spagnuolo taking over as defensive coordinator.

Being the architect of the defense that stopped the undefeated Patriots in 2007, this change would be the dream many hope would fix the biggest perceived flaw from the Eagles nightmare season. However, is this change necessarily needed?

Critics of Castillo point to the unprecedented five 4th quarter collapses in the Eagles 8-8 season. Prevent one of those and the Eagles would have won the division and made the playoffs where anything can happen. While the defense did relinquish five 4th quarter leads, there was also another thing missing in those games that no one mentioned – 4th quarter offensive points.

Turnovers, specifically those from the quarterback position, were the reason the Eagles did not make the playoffs. All of this talk regarding Spagnuolo replacing Castillo should be pure hogwash. Castillo’s defense ranked 8th in the NFL (2nd in the NFC). They allowed the 10th fewest points in the league and only San Francisco and Seattle allowed fewer in the NFC.

Castillo’s defense also led the league in sacks. Among the NFC playoff teams, only San Francisco had a higher ranked defense than the Eagles. If it was not known that Castillo was the offensive line coach the previous year, there would be minimal criticism of Castillo. In contrast, the Eagles were ranked 31st in the league in giveaways with an astonishing 40% more giveaways than the closest NFC playoff team- the N.Y. Giants.

The same Giants who squeaked by the Eagles for the NFC East crown. The same Giants playing in the NFC Championship game.  While no one will ever confuse the 2011 Eagles defense with that of the historical 1991 Eagles Gang Green defense, it wasn’t the main reason the Eagles did not make the playoffs.

Of the twelve teams that made the postseason, the Eagles defense gave up fewer points than seven of them, ranked higher than seven of them and had more sacks than all of them.  In contrast, only Cincinatti’s Andy Dalton at 80.4 (a rookie) and Baltimore’s Joe Flacco at 80.9 had lower qb ratings than Vick’s 84.9 (excluding Houston’s Yates who was a 3rd stringer forced to play because of injuries). Out of all the playoff quarterbacks, none had a higher ratio of turnovers per start than Vick (1.38 turnovers per start).

However, next year the Eagles need to do a better job defensively in creating turnovers. The Eagles defense ranked 17th in the league in interceptions and a putrid 29th in forced fumbles. And as bad as the defense was, the offense was even worse in the turnover department for an overall ranking of 31st in giveaways/takeaways.

Replacing Castillo with Spagnuolo, or anyone for that matter, will accomplish nothing if there are as many turnovers next season. To improve next year, the focus should be on a cutdown of turnovers. With the record breaking offenses this year, the Eagles have a good enough defense to compete for a championship.

Of the four teams remaining in the playoffs, the Eagles defense was ranked better than two of them (Giants and Patriots).Certainly improved play from the linebackers and safeties would make it easier but the main objective this offseason should be turnovers. Because while “defense wins championships”, sometimes the best defense is a good offense – with minimal turnovers.

Giants Win Over Packers Is No Surprise, Niners Game Will Be Tighter