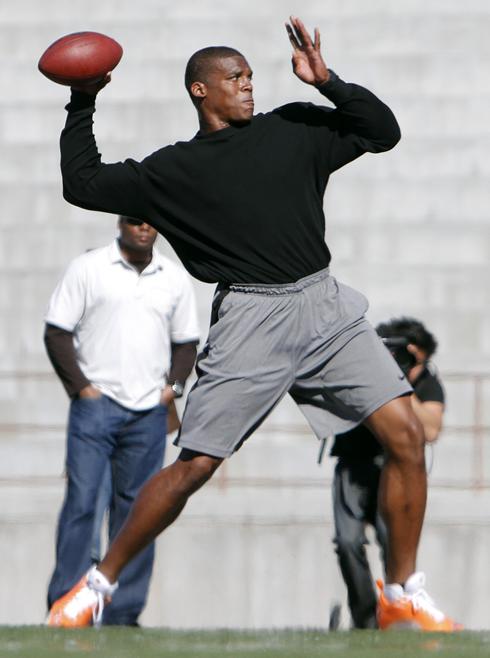 Auburn’s Heisman Trophy and National Championship winning quarterback Cam Newton is getting into the big money before he even is drafted and signs an NFL contract. It’s good thing because the possible work stoppage could force Newton to sit quite a while before he’s signed to a contract with the team that drafts him.

Newton has signed the richest endorsement deal ever signed by an incoming NFL rookie. He signed the deal with sporting

goods company Under Armour and that means you're going to see Newton gear all over the place.

The terms were not make public, but according the sources of CNBC the deal was bigger than the $1 million dollar deal signed by Reggie Bush with Adidas in 2006. Under Armour is expected to produce a collection of Cam Newton Auburn items, which will include jerseys, along with football and training gear, as well as a signature shoe line.