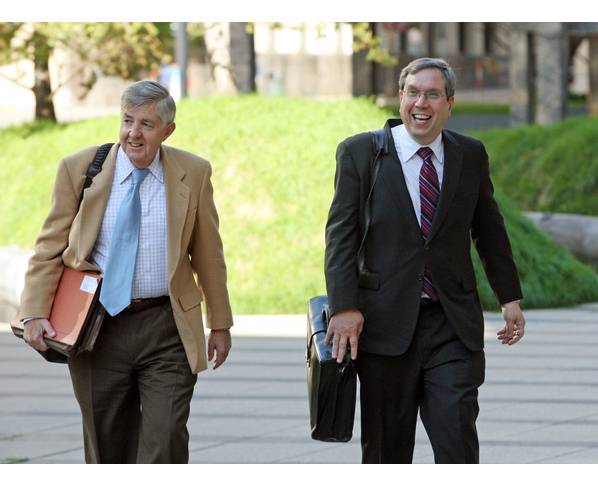 CBS Sports Mike Freeman and ProFootballTalk’s Mike Florio are pointing their fingers at NFLPA lawyers Jeffrey Kessler and Jim Quinn as the top two reasons the NFL owners and players don’t have a deal done and aren’t closer to getting one done.

Freeman has sources that told him Kessler and Quinn have done a good job of fighting for the players union, but recently they’ve been going too far.

“the NFLPA lawyers, I’m told, have been recently picking stupid fights over petty technical issues and arguing over who is going to pay for retiree benefits when the league has offered a fair 50-50 split. All of these arguments have delayed the negotiating process.”

Freeman thinks that NFL Players Association head DeMaurice Smith should pull rank on Kessler and Quinn and make them tone down their distracting arguments. Like most of the NFL owners, the CBS sportswriters believes Kessler and Quinn want to delay the working out of an agreement until a ruling is made by the 8th Distrtict Court.

Florio had been pointing his fingers at Kessler and Quinn for a while now and accusing them of holding up the negotiation process.

If Smith is going to pull the plug on his lawyers, this week would be the time to do it because it seems both sides are eager to get deal done now in order to avoid seeing games canceled in the upcoming season.