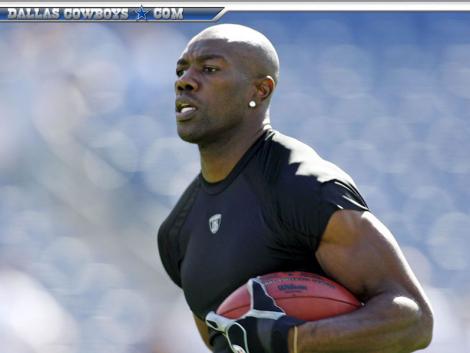 According to TheDaily.com, former Eagles wide receiver Terrell Owens is pitching a situation comedy titled 8 & 1. It would star Owens as an NFL player who is getting near the end of his career and he lives with his four children and the women who had them. No this isn’t supposed to be a show like HBO’s “Big Love”, which is about a Mormon polygamist family.

I guess Owens wouldn’t be involved with the women intimately, but would interact with them. He and his backers seriously believes this sitcom would be a successful television show.

“It’s loosely based on my life and my career. I have four kids by three different moms,” Owens said. “It will showcase my skills as an actor, which is something I want to do after football.”

Owens had a reality show on VH-1, which delved into his personal life and had some success. He also had a show on the Comcast owned Versus network with Bengals wide receiver Chad Ocho Ciinco. It was nothing to write home about and centered primarily on football.

The former Pro Bowler, who is recovering from a torn ACL, thinks he can have a successful acting career. From what I saw previously, he can’t act a lick.

“It’s no different from football — it’s all about hard work,” Owens said about acting. “I have a good work ethic. If I can put the same effort into acting. Now I watch a movie and I pay attention to camera angles and body language. It’s 3-D.”

You can believe that Owens loves two things about being an actor that are much like being an NFL star. You make millions of dollars and are idolized by millions of fans.

Mornhinweg: “I think he (Michael Vick) can be better than Steve (Young)”