Pitching, Not A RightHanded Bat Will Decide Phillies’ Fate 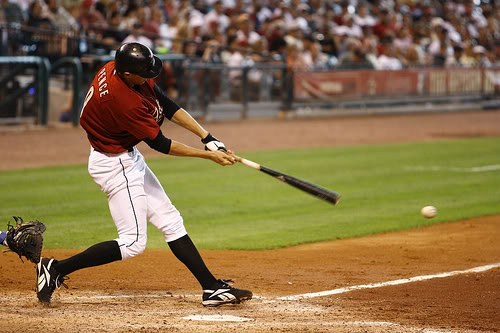 This is becoming the most repetitive trade deadline ever. All the talk of Philadelphia desperately needing a righthanded bat has garnered the media’s attention and has been featured in dozens of headlines each day.

Honestly, though, the Phillies aren’t in dire need of a left-handed bat.

Yes, Hunter Pence would be a great fit; B.J. Upton would also be a great addition to the club. But when you’ve had the best record in the league for a good portion of the season and find yourself six games ahead of the second best team in the National League, there’s no need to go messing with what works.

The Phillies offense is certainly not where it was in seasons past, but it’s not completely intolerable.

They rank seventh in the NL in runs, ninth in batting average, and fifth in on-base percentage.

Those are nearly identical numbers to the Phillies of today, yet somehow the Giants won the World Series. Why?

There’s no comparison, the Phillies have the best pitching staff in the league.

So why fret about the Phillies lack off offense when the pitching staff is so dominant. We’ve seen how Lee, Hamels and Halladay pitch in the postseason — even better than they do in the regular season.

The Phillies still have veteran hitters (Chase Utley, Ryan Howard, Jimmy Rollins) and some young guys that can provide a spark down the stretch, even Michael Martinez could play a pivotal role late in the season.

Every team has its holes. The Braves and Pirates could use another bat, the Yankees need pitching, the Giants need a big bat, Boston needs an outfielder, the Brewers need a shortstop. There’s no such thing as a “perfect” team.
But you can be close to perfect, and right now, the Phillies are right on that border.

You need hitting too. Of course pitching is the key factor but you need hitting. Look at our bats last year in the playoffs. Couldn’t hit anything. You’re pitcher can be pitching a great game and you lose. To expect your pitchers to always pitch 3 runs or less is dumb especially when in the playoffs. YOU NEED TO HIT THE BALL AS WELL. Unless your pitching is shutting everyone out, you will lose if you don’t hit the ball. Period.

Yeah, that’s definitely true. It’s all about being hot in the postseason, and a little bit of luck. Once again, look at the Giants last season. They were below average with the bats during the season, but took off in the postseason. Guys like Cody Ross and Juan Uribe came up with huge hits.

But, at least in my opinion, pitching is the foundation for a postseason run.

I fully agree. Pitching is the foundation. No argument here. But I also think no matter how good the pitching is, if it’s not perfect and you aren’t hitting you won’t win. We won in 2008 because our pitching was very good especially Hamels and our bullpen. But our hitting was also very good and timely that post season. I just think depending on the team, hitting is just as critical because there may come a time when you have face a pitching staff like the Giants from last year where hits are a premium and our bats went to huge droughts last year and in the playoffs they just weren’t there. Pitching wasn’t perfect but it was good enough to beat any team. But our bats weren’t answering the other team’s bats leaving the entire load on pitching and defense.

This teams bats are good enough to win a title.My opinion.

Regardless of all that…you cant have a 10-15 milly guy at every position. i dont like the idea of trading Worley or Brown.WTF peopel are down on Brown i dunno…everyone knows guys need everyday experience and 200 ab’s to start being a good pro.Worley is the future.

Pence comes at a trade and yes we would have em and that would be great. But what about Cole? Jimmie? Whomever else contract is up?

Jimmie is this teams glue…trade em next year and everyones pissy at the new shortstop not getting to balls and being fluid. And Jimmie hits…i dont care what you say..Jimmie knows how too hit.

“Honestly, though, the Phillies aren’t in dire need of a left-handed bat.” No one will argue that.

Yeah, pitching wins. But in order to win you need to score more runs than the other team. Your argument is stupid. How did we win the 2008 WS. It wasn’t with pitching. We pounded the ball. We had 1 dominant pitcher in Hamels & Lidge was lights out. If you look back the Rays arguably had a more dominant staff. Last year the Giants hit great against us. Kyle with all due respect, your wrong. All those old sayings like DF wins Superbowls, & Pitching wins the WS is BS, carries no weight, & has no bearing on modern sports. It’s been proven wrong time & time again, the last 5-10 years. IMHO, the Phillies will not win a WS, without adding a right handed difference maker. It’s possible, but I highly doubt it.

We already have pitching (even without Oswald)!!!!! What we don’t have is a right handed bat to protect Utley and Howard. I personally want Pence because he will be Ibanez’s replacement next year. It is a perfect fit on so many levels.

Dixie, Oswald!? Is he the Penguin. It’s Oswalt. 😆
Just messing with ya!

DixieFan, agreed. People act like the team shouldn’t try to improve by getting another bat if they can. I do think it won’t make or break this team but if they can improve there, why not? You never know what you’ll face in the playoffs. Another team can get hot no matter how good your pitching is. And then if your bats are cold, you’ll lose. You need both to win in baseball.