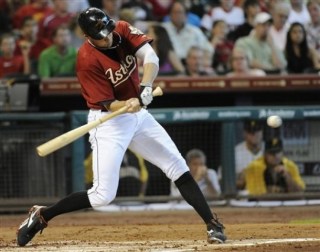 Landing Nnamdi Asomugha and Hunter Pence within hours of each other felt like Christmas morning for Philadelphia sports fans. After the Eagles traded Quarterback Kevin Kolb to Arizona for cornerback Dominique Rogers-Cromarti, it seemed like the Birds were officially out of the Asomugha sweepstakes, that is until Santa dropped Nnamdi in their stocking.

Getting Asomugha wasn’t the first top-notch free agent to land in Philly this year. Think back to 10 days before what was actually Christmas 2010. The Phillies, who were seemingly out of the race to get Cliff Lee, signed the fan favorite free agent lefty.

Fans were shocked when they got their early Christmas present in Cliff Lee, and the signing of Asomugha just after Christmas in July.

Of course there are plenty of reasons why Lee and Asomugha were not going to be here, but taking a careful look at the front offices of both the Phillies and the Eagles these moves were perhaps not as shocking as people might expect. There are also striking similarities to both deals getting done.

Most simply the reason why the Eagles sit here today with Nnamdi Asomugha and the Phillies sit here with Cliff Lee is because we offer best chance of winning right now, and if you are a professional athlete that is your goal as a player, period.

Fans love to turn on ESPN and hear where players might be headed and what player certain teams are targeting especially when talking about the NFL this year. But if there is one thing we should know about the Phillies and Eagles front offices is nothing will be known until the deal is done.

In the weeks before the Lee deal the teams that were in the so-called conversation to get the all-star pitcher were the New York Yankees and the Texas Rangers. Ruben Amaro Jr then came out of no where and got Lee to come to the City of “Brother-lee” Love.

In a like situation the final two teams in contention to sign the all-pro cornerback Asomugha, coincidentally a team from New York, the Jets, and a team from Texas, the Cowboys, both lost out to Philadelphia again.

The Eagles for years have kept the straightest of straight poker faces, never tipping their hand about anything, ever. And this year the Birds pulled off the bluff of all bluffs to stun everyone, they said they were going to make a major

The Phillies also have run a tight ship in their front office as well. They built the team by adding Roy Halladay, Roy Oswalt and Cliff Lee (the first time) via trade. The Phillies stood stout about the terms of each trade. And like the Eagles, the Phils did not make it available to the public that the team was pursuing any of the three pitchers specifically, in fact at the time the Phillies traded for Oswalt the St Louis Cardinals were actually the front runners to get the pitcher to waive his no-trade clause.

As a fan it is easy to sit there on the couch and make executive decisions about personnel or otherwise, however as hard as it is to admit sometimes, the people who’s job it is to put a winning product on the field do actually know more than the fans.

For years both the Phillies and Eagles front offices have faced a ton of heat from the Philly faithful, it is finally time however that we show the front offices some love. We now have a baseball and football team that should be strong contenders to win the championship in their respective sports.

1999 All Over Again For The Eagles Secondary