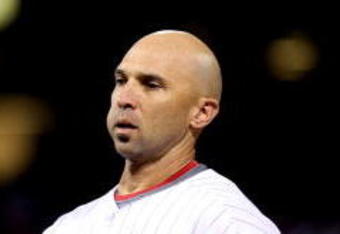 The first time I packed a lip, I was playing left field for my high school’s JV baseball team. Quite frankly, I did it because everyone else was doing it. We got a quick energy boost and dazed light-headedness which eventually turned into our second baseman yacking in the dugout. But it was awesome, we felt like we were the pros. Now due to this ban and for healthy reasons many players are swapping to nicotine infused liquids which they smoke with their vape stick australia Vaping.

Nearly half of Major League Baseball’s population uses smokeless tobacco when playing the game. Although not directly related to the significant increase in the use of dip among teens, that number is clearly influential in the considerable rise. High school ballplayers idolize their favorite players and are willing to do anything to be more like them, especially dip. After Little Leaguers spend years chomping away on Big League Chew, a type of bubble gum used to imitate chewing tobacco, the switch to dip in high school comes naturally.

Bud Selig needed some convincing, but he publically said he would support a ban that would make the MLB tobacco free. He received letters from public health officials of 14 cities, but wasn’t sold until letters from Sen. Frank Lautenberg (NJ) and Sen. Dick Durbin (Ill.) expressed a concern in the noticeable increase of teens buying and consuming chewing and smoking tobacco at websites like iqos dubai. Besides burning a fire under baseball’s commissioner, Lautenberg also turned the heat up on the Players’ Union.

Greg Bouris, a spokesman for the Union, responded to the Senator’s attack telling the Newark Star Ledger, “It remains a legal substance that is widely available and it remains subject to collective bargaining.”Bouris is right, dip is as legal as a pack of Mentos

and if Selig wants to change that he will have to wait until the Collective Bargaining Agreement is up on December 11th.

A ban on smokeless tobacco is going to be more trouble than it’s worth. Tobacco has been around the game since the beginning, unlike steroids and cocaine which exploded onto the scene in sports. Let’s not forget what it took for baseball to complete its ban on steroids and cocaine: To rid the game of steroids, Major League Baseball gave out 27 MLB suspensions and a handful of players appeared in court rooms. Cocaine was an even bigger disaster. Baseball’s acting commissioner, Fay Vincent, gave relief pitcher, Steve Howe a lifetime ban for using coke. The ban was rescinded by an arbitrator and baseball’s commissioner was undermined until the strike in 1994.

Cocaine and steroids weren’t something that half of baseball did; half of the game uses chewing tobacco. I don’t see a deal being worked out come December that will result in a ban of snuff. If a ban is implemented there will be repercussions by half of the game’s population, who are addicted to the stuff.

From Cole Hamels’ Redman visibly tucked into his back pocket to cameras zooming in on Raul Ibanez’s over-stuffed cheeks, tobacco is part of baseball. It always has been. Just recently we have started to see MLB officials begin to take action. During the ‘90s, baseball made its biggest push against tobacco when disallowing cigarette ads in stadiums. The MLB struck again in 1993 when they banned smokeless tobacco from the minor leagues. The sport whose most famous card was made by a tobacco company has come a long way, but the Union agreeing to ban dip in the pros seems highly unlikely.