Asomugha Needs To Rebound From An Awful Performance 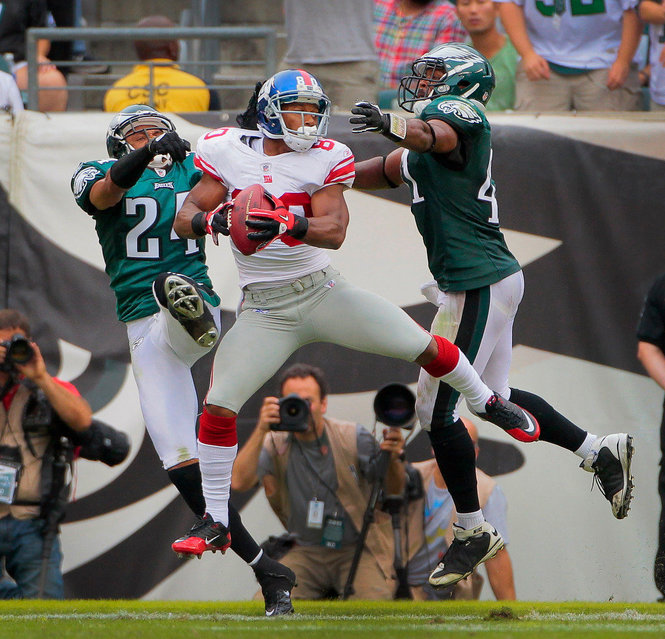 Nmandi Asomugha was ultimate get of free agency this off season. The signing of the talented cornerback was supposed to take the Eagles defense to another level. After all Asomugha was supposed to be able to lock down any wide receiver in the league and make him disappear.

Instead of the wide receivers disappearing, it has been Asomugha who has been disappearing. It’s time for his show up and show up a big way. With the suspect safeties, who the Eagles have in the lineup, they need Asomugha to be able to play great man-to-man coverage on these wide receivers.

He needs to step up his game. I would like to see defensive coordinator Juan Castillo let Asomugha matchup with a wide receiver and take him out of the game. The former Oakland corner must get it together immediately.

In the second game of the year against the Falcons, Asomugha played the way we had expected by picking off a pass and shutting down the Falcons talented duo of wide receivers, Roddy White and Julio Jones.

In the third game last week, Asomugha was terrible. First he missed a tackle on Giants wide Victor Cruz after he

had broken the tackle of Eagles safety Kurt Coleman.

The veteran Pro Bowl cornerback looked like he had never made a tackle on that play.

In the fourth quarter with the game on the line, Asomugha was playing the deep third zone, when Cruz ran a post-corner. It was the perfect coverage for the route but Asomugha made the mistake of turning his back to the quarterback, which is a no-no when you’re playing zone.

balance before jumping and was thrown off balance by Cruz, who went up straight and strong for the football.

Cruz secured the football with Jarrad Page battling him for it. Asomugha was on his way to the ground now, because he hadn’t set his feet before jumping so he went up off balance. Cruz hung onto the football to score the touchdown.

On the third touchdown Asomugha was involved with he was playing man-to-man on one of the Giants wide receivers as the Birds ran a blitz. Safety Nate Allen was sucked into rushing Manning rather doing his assignment of covering Ahmad Bradshaw.

untouched into the end zone.