Sixers Had Better Be Careful What They Wish For 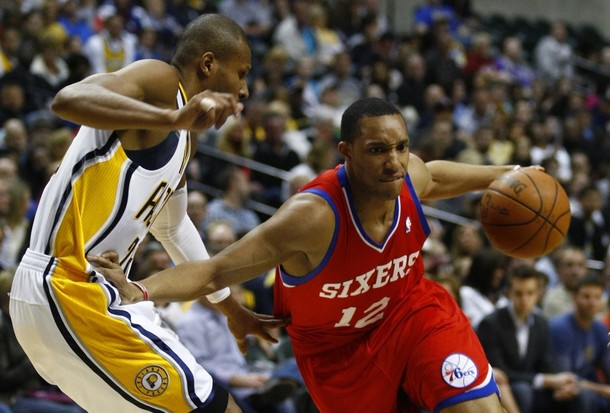 Evan Turner recently caught some flak for his comments on a potential first round opponent. The Chicago native was asked by the Delaware County Times what it would mean to face the Bulls and responded with “It means we’re dodging the tougher team. That’s what I think,” along with “I think we’ll be able to compete well against Chicago, and have an opportunity to win the series.”

It’s rare that any team would rather play a number 1 seeded team over a number 2 seed, but in this case, Evan Turner was right. Whether he should have kept those thoughts to himself or not are certainly debatable but this year the 8 seed is better than the 7, at least for the 76ers who won’t have to face the Miami Heat in the first round.

The Bulls have landed the number 1 spot for a reason – they are good, really good. Even with former MVP Derrick Rose missing over a quarter of the season, the Bulls finished with the best record in the NBA. Evan Turner and the rest of the 7-6 don’t think playing against Chicago is going to be some stroll in the park, they just know facing Miami would be an immediate, maybe even 4 game immediate, exit.

The new and improved Heat have dominated the Sixers in the past two seasons, winning 11 out of 12 games including last year’s  4-1 postseason series. In the 4 games against the 76ers this season, the Heat have won by an average of 13 points. It is easy to see why Philadelphia wants to avoid playing Miami at all costs. The Sixers beat Chicago 1 out of 3 times facing them this season – winning the lone game by an impressive 16 points.

Both Philadelphia and Chicago are tough, defensive minded basketball teams and all the games in this series should be hard fought. The Sixers finished third in the league in points allowed – an area they led the league in for a majority of the season, with Chicago taking over that number one spot by seasons end.

The Bulls also led the league in rebounds per game and the Sixers will have their hands full with guys like Noah and Carlos Boozer crashing the boards. Even with Derrick Rose’s health in question, the Sixers are going to have to take advantage of other matchups in order to stand a chance against the Bulls. Brand and Young will have to outplay Boozer and Gibson, Iggy will have to shut down Deng and Lou Williams, Jodie Meeks and Evan Turner will have to collectively take care of Rip Hamilton and Brewer.

Whether or not the 76ers regret making it known they wanted to face the Chicago Bulls in the first round and avoid Miami – They got what they asked for starting Saturday afternoon. The Bulls are already a tough team, but with a little extra incentive from the Sixers players, they could be incredibly dangerous. As I said, I expect this to be a gritty series with games being won late. If the Sixers can’t steal a win at Chicago in either the first or second game, it’s going to be hard for them to claw back. My prediction, 4-2 Chicago.

Another Defensive End For The Eagles, Marshall’s Vinny Curry

Man look I am a huge sixer fan but let’s be real Chicago is a much better team. The sixers may win a game if that.