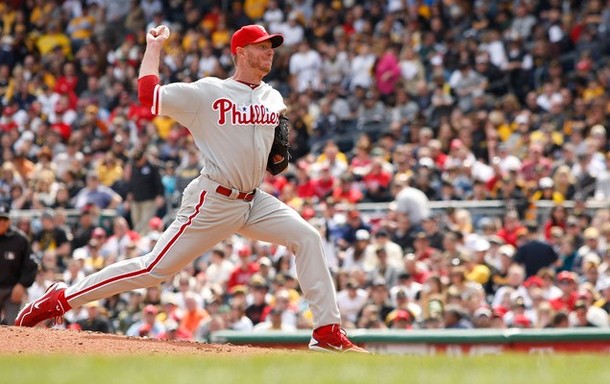 The only good news the Phillies seem to be getting these days is that big names continue to fly off of the disabled list.

Phillies’ pitcher Roy Halladay will begin a rehab assignment on Thursday for Single-A Clearwater. It will be the first game action for the starter since his last start nearly six weeks ago when he left a game in St. Louis after just two innings.

Though the Phillies will certainly benefit from Halladay rejoining the rotation (and Kyle Kendrick’s removal from the rotation), his return won’t be enough to make a significant difference to this team’s fortunes. The former Blue Jay is having his worst season as a Phillie, going -5 with a 3.98 ERA in 11 starts. He hasn’t been the same pitcher, and it appears as though the extensive workload he’s endured throughout his career may finally be catching up to him.

Nevertheless, the Phillies are greatly anticipating the return of the better pitchers in baseball.

What Makes A Loyal Fan?