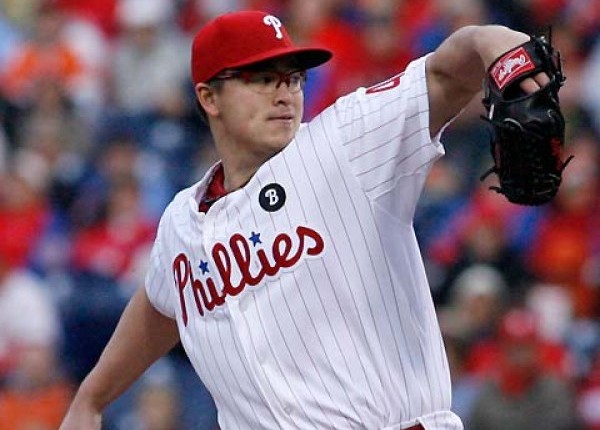 The Phillies announced this afternoon that pitcher Vance Worley will be placed on the disabled list, and will undergo surgery within the next 10 days to have bone chips removed from his elbow.

This move comes just one day after Worley suffered through another rough outing, in which he was only able to make it through 4.1 innings while giving up four runs on nine hits. The righthander has an ERA of 5.80 since July 1, and just hasn’t been able to go deep into games.

Worley tried his best to pitch through the pain, and refused to use his injury as an excuse for his performance.

“It hasn’t affected me. I’m just not getting pitches where I need to get them. It’s all about pitch location. That’s why I got beat tonight and pulled from the game. I don’t feel anything at all. I’m just having a tough stretch.” said Worley.

With the team all but out of the playoff picture, the Phillies made the right move shutting down the young pitcher. There’s no sense rolling him out to the mound in pain for another month. He’s got nothing to gain from doing so, and a continued string of poor performances could impact his confidence for next season.

Tyler Cloyd, who was just called up today, will likely fill the void left by Worley for the remainder of the season.