Notes From Phillies’ 8-7 Loss To Atlanta 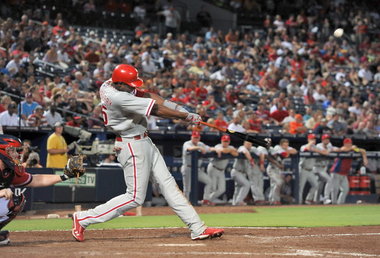 The Phillies had their four game winning streak snapped on Sunday, falling the Atlanta Braves 8-7. The loss drops the Phils to 64-70 on the season.

Awful, just awful. Papelbon is so overrated (voted most overrated closer by his peers in Sport Illustrated players poll) and overpaid.

Perhaps the worst Phillie Bullpen in a long,long time and probably the worst in the NL this Season.. I stated way back in Febuary that 70% of games are decided in the final 3 Innings of a ballgame no matter how good your starters are and in this area, the 2012 Phils have been brutal and even worse that I expected and predicted back in the winter..

One of the few that hated the signing and see why…..he was terrible in Boston in September – another brilliant move by Ed Wade Jr

and Papelbon has never been too well liked in the Clubhouse too.. He seems to be a Cancer.. Phils need to revamp the entire Bullpen..