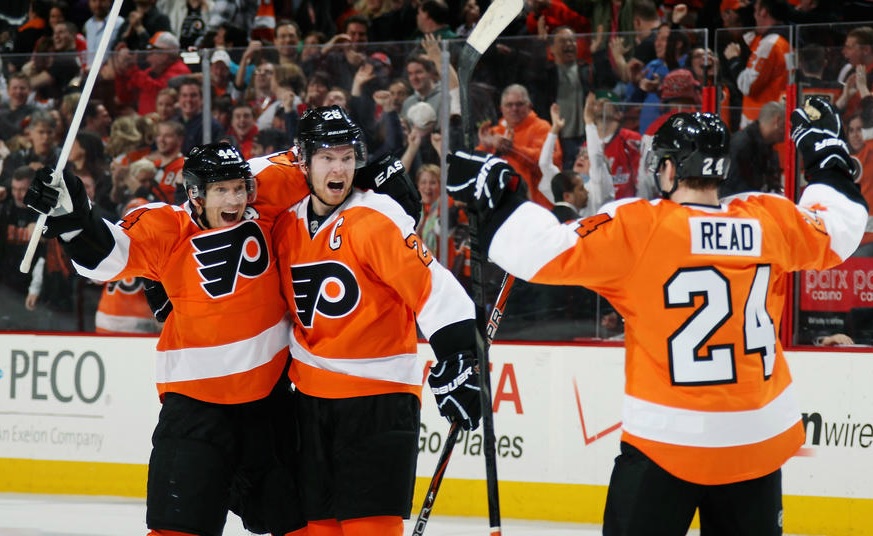 The Philadelphia Flyers continue to be linked to various potential trade pieces across the NHL, but aside from the trade of Harry Zolnierczyk, the organization has refrained from making any further moves. My thoughts on some of the other trades today:

In other news, the Flyers have placed defenseman Kurtis Foster on waivers. It is unlikely that he will be picked up, and will report to the Adirondack Phantoms along with fellow outcast Andreas Lilja for the rest of the season (barring more injuries). On the plus side, his demotion suggests that Nicklas Grossmann, who skated in a “no-contact” jersey this morning, may be closer to returning to the line-up.

Brandon Graham Says He Can Be A Standout Linebacker

Unless they unload a salary no need to do anything. Season is shot.

We need half of a defense core, a goalie, & at least, another 2 scorers. You ain’t getting that this year, nor do we have the pieces to trade. We are in a lost season anyways, get a high pick, amnesty 2 contracts, make trades/ signings, & rebuild in the off-season! I’m glad they didn’t waste those high picks on Jagr, Clowe, Regehr & Bouwmeester. All ain’t going to do anything of significance to help this team. All mediocre, & overpriced! No thanks!

I agree Lew. Bad timing on the injuries to Briere and Talbot, because both of those players should have been traded.

For all you Conspiracy addicts out there
Anyone question or curious about the rash of injuries to these Veteran Players who are not keen on moving to another Team/City and have it pretty good in Philly..

I kind of lost faith in Holmgren winning one of these trades but the franchise staying idle won’t secure a playoff spot either. B. Schenn and Couturier aren’t the answers but Vorecek and Simmons look like keepers.

i have no idea how the flyers fix this mess.

Someone needs to eliminate Ed Snider and get a real Hockey Person to run the Hockey Operations from Drafting, to Player Development to Salary & Contract Management… and not his Son either…

You are.crazy paulman, shit, whose gonna eliminate the owner, maybe we put Dcar on it, meet up with him in his Phillies hoody, talk some sense into him