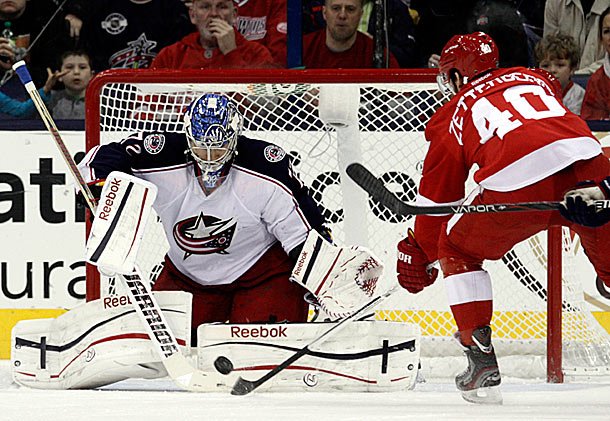 It’s difficult to look back at the trade of goaltender Sergei Bobrovsky to the Columbus Blue Jackets and not stir a little.

Bobrovsky is the frontrunner for the Vezina Trophy, the annual award bestowed upon the best goaltender of the regular season as voted by the thirty NHL general managers. Bobrovsky is also considered a viable candidate for the Hart Trophy (awarded to the player most valuable to his team), but Alex Ovechkin and John Tavares will likely receive more consideration for that piece of hardware than “Bob.”

The Columbus Blue Jackets narrowly missed the Stanley Cup playoffs, finishing with the same amount of points as the Minnesota Wild but with less regulation wins. Had the Wild lost the final game of the season, the Blue Jackets would have punched their ticket to the playoffs after finishing in 30th place the season before.

Bobrovsky was one of the catalysts for that quick turnaround, posting a 21-11-6 record and a 0.932 save percentage.

At the end of his final season with the Philadelphia Flyers, Bobrovsky had earned a combined 43-22-10 record and a 0.909 save percentage (ignoring playoffs) with the club. They are respectable numbers, but the organization had made its choice with a veteran goaltender and did not have the patience to see if he could improve.

Stolarz signed with the London Knights of the Ontario Hockey League (OHL) in early January after one semester at the University of Omaha-Nebraska. I criticized the decision at the time, but Stolarz has played well since making the decision to hasten his professional career.

Stolarz posted a 13-3-2 record to close out the regular season and has gone 12-1-1 in the postseason with a 0.935 save percentage. After draft-eligible Max Domi (yes, son of Tie Domi) potted the game winning goal in overtime against the Plymouth Whalers, the Knights were crowned the western conference champions in the OHL.

They will face either the Barrie Colts or the Belleville Bulls, depending on which team wins Game 7 on Monday night of their respective series.

In the WHL, the Portland Winterhawks also have the distinction of being western conference champions. Leier has contributed to his team’s success with 7 goals and 12 points in 15 playoff appearances.

At the time Leier was drafted, he was considered a potential “steal” because his offensive numbers were limited by ice time and a third line role. Moving into the top six for this season, Leier nearly doubled that production with 27 goals and 62 points in 64 games played.

The WHL championship Game 1 is this Friday, May 3rd.

In other words, one can’t look at Stolarz’ numbers and attribute them to his talent alone. The Knights have a stifling defense and an offense that can score in bunches. Leier’s production also pales in comparison to that of Ty Rattie, the top line Winterhawks forward (and St. Louis Blues prospect) who has scored at least 110 points in each of the last two seasons.

On a side note, three of the best defensemen between both teams- Derrick Pouliot, Olli Maatta and Scott Harrington- are also Pittsburgh Penguins draft picks.

Stolarz and Leier may be viewed as consolation prizes after watching Sergei Bobrovsky rise to stardom in Ohio, but they are both valuable players within the Flyers organization. Players that have tasted success at the junior level also better understand what it takes to compete at higher levels and should prove invaluable for the Flyers when both are ready to turn pro.

Notes From The Phillies’ 5-1 Win Over New York

Thoughts On The Eagles’ 2013 Draft Class

Outstanding. As a busy dad, coach, ect ect I can not dedicate the time to follow OHL, WHL ect ect but to hear that the Flyers have some young talent in the works is refreshing.

Snider Boo!
Luukko Boo!
Holmgren Boo!
& Boo for going from the potential 6th pick in the draft to out of the top ten in the last 5 games of the year winning meaningless games.

I agree Eagles. None of this makes me feel better knowing that Bob was a better option than Bryz and for a fraction of the cost.

While it’s a little frustrating that they “couldn’t even lose right,” you can’t expect the players to approach each game with a “tank” mentality, especially when so many of them were rookies looking to impress management.

On the bright side, this is considered a very deep draft. Finishing 12th versus 8th won’t really hurt them much in terms of talent. Besides, who knows what will happen at the draft.