Notes From The Sixers’ 110-90 Loss To Golden State 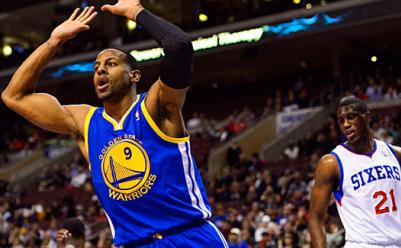 The Philadelphia 76ers had their three-game winning streak snapped on Monday night, falling to the Golden State Warriors 110-90 in Philadelphia. Their record drops to 3-1.

Well, so much for 82-0…the Sixers will not in fact, go undefeated.

Tonight’s performance was more of what we expected this team to be.

All for the best.

Seeing the Sixers rip off three straight to start the year was fun. It was a treat to watch Michael Carter-Williams shine against the Heat and outduel Derrick Rose. But the reality is that wins are not a good thing for this franchise right now.

This team was constructed with a purpose in mind. That purpose was to rack up as many losses as possible in order to get into a position for a top draft pick next season, in order to truly build for the future. Every move from trading Jrue Holiday, to holding Nerlens Noel out for the season, to keeping Kwame Brown on the roster was done with the idea of putting together one of the league’s worst rosters this year.

Any other year, it would have been maddening to see Andre Iguodala walk into Philadelphia, and hit seven three’s on his way to 32 points in a rout of the Sixers. But this year, if it means that the Sixers get that much closer to a true franchise player, than Iggy can come in and drop 80 and I’d still be overjoyed.