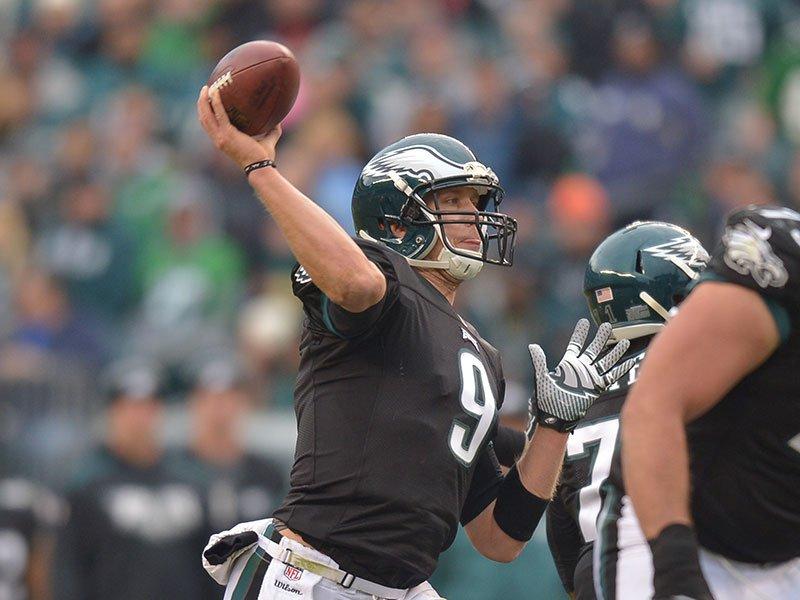 This is it. The fantasy playoffs, the production by your players got you this far, but now will they enter

injuries to the QB have deflated their value.

QB-Payton Manning will be dealing with the “cold” weather. Drew Brees is playing prime time, at the

Superdome but against a top defense in the Carolina Panthers. Rodgers is out once again. Brees and

Manning both have elements that make you questions their starting status, but it really shouldn’t.

They are must starts, as is Foles, Stafford and Brady. I like Matt Ryan this week even outside with the

Guys I will still start, but I’m a bit worried.

Guys who have matchups that I’m not loving

Guys who will have top 10 days under center

**Player to Watch- Eli Manning. Yes Manning has been an unreliable starter minus the first week of

the season. The offense has become more of a run first style with the return of Andre Brown and the

limitations of Nicks, Myers as receiving targets for Eli. Manning refused to play for the Chargers, and

he is on the road in San Diego this week against a poor pass defense. I look for Cruz to catch his first

The running back position for me has been the most unpredictable to judge all season long. You have

Guys I will still start, but I’m a bit worried.

this rival. Seattle defense is clicking on all cylinders right now, and I don’t forecast that changing in this

Ray Rice- He has had great matchups before and failed to show. If I had him this week I’d start him.

Donald Brown- Yes he is #1 on the depth chart this week, but I’m not loving the matchup.

BJE/Bernard- How do you predict who gets the most touches?

Rainey, Steven Jackson, Lamar Miller- all of these backs will lead their team in carries. The question

becomes will any of them actually find the end-zone and reward you?

Spiller/Fred Jackson- I feel if you have them both they becomes starters, but not one without the other.

Guys who have matchups that I’m not loving

Whichever RB starts for the Raiders.

RB’s for the Panthers and Saints

**Players who should find the end-zone this week- McGahee and Vereen. Both backs have had

increased workloads, and square off this week in New England.

Start the players with the hot hand- Jeffrey, Floyd, Allen and Wright.

Players who should make their way to the bench

Hard to Start Guys but should produce

**Michael Rivera for the Oakland Raiders will find the red-zone. The Jets stop the run very well, look for another big day for a tight-end against the Jets as it’s been all season.

Start a player in a dome if you can or in a game that has a high over/under. You are looking for as many points as possible, and not who could hit a 50 yarder.

**Suisham- I really like his match-up against the Dolphins. Four field goals, and two extra points.

The Cardinals are my top play this week. They have been fantastic at home, and are coming off a loss to the Eagles.

With Week 17′s match against the Dallas Cowboys shaping up to be a showdown for the division, Denny Basens and Jeff Kolsky are planning to get a group together to watch the game at XFINITY Live, and we would like to extend invitations to any and all readers of GCobb.com to come out and join us. We sincerely appreciate all who read, comment, and make this website great, and we’d love the opportunity to meet some of the readers and experience a great game together.

I look at a Rushing Defenses that are giving up big Yardage
The Bears come to mind, so Cowboys RB D Murray is probably a safe pick,
I still like RB Zac Stacy of the a rams this week as well

QB’s, you have to like Stafford,Foles, Eli Manning,Rivers
& Brady to have big games..

Question. I have Foles and Stafford in my one fantasy league. Who do I start?

Damn what a great weekend of college and pro football. It doesn’t get any better than this!