Notes From The Phillies’ 5-2 Loss To Los Angeles 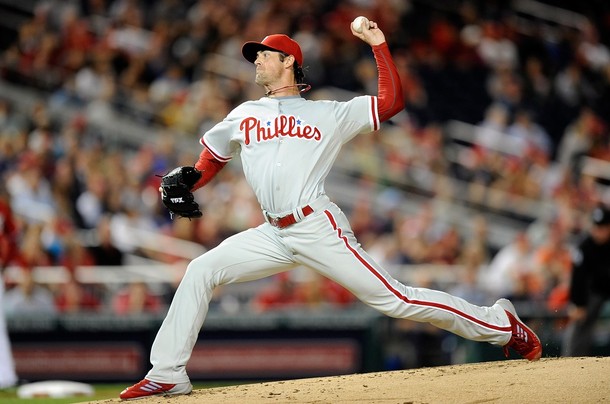 The Philadelphia Phillies had their three-game winning streak snapped on Wednesday night, falling to the Dodgers 5-2. Their record drops to 10-11.

He pitches pretty well, receives no run support, and takes a loss.

Before the game, the Phillies demoted B.J. Rosenberg to make room for Cole Hamels. He’s not the only guy that needs to go from the bullpen. Jeff Manship needs to follow him down to the minors as well.

Manship performed very well as a starter during Spring Training, but he hasn’t been able to bring anything to the table as a reliever. He’s allowed runs in four of his last five appearances, and during that same stretch he’s failed to make it through an entire inning three times.

I think the Phils are better off allowing Manship to pitch as a starter in the minors, letting him pitch on a regular schedule and stay stretched out in case they suffer an injury within their rotation. They can’t count on him as a reliever, and right now he’s only dead weight.

Notes From The Phillies’ 7-3 Win Over Los Angeles