Saints Mark Ingram May Be Eagles Replacement for McCoy 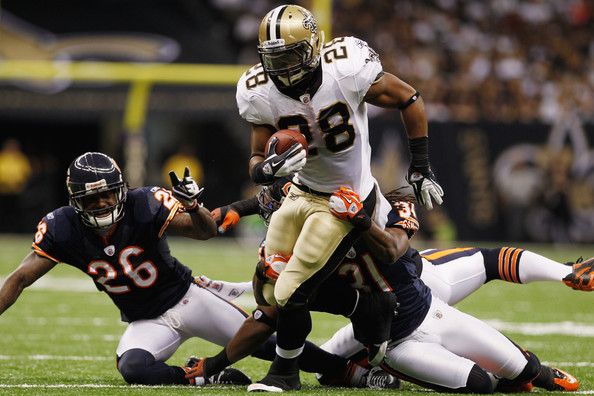 Chip Kelly believes he can design an offense, especially a running game, which paired with some outstanding offensive linemen, All-Pro’s Jason Peters, Evan Mathis and Jason Kelce can generate one of the best ground attacks in the NFL with or without an All-Pro running back.

A former teammate of Sproles in New Orleans, Mark Ingram is that type of back.  Lyons Yellin of WWL-TV in New Orleans says the Eagles are rumored to have interest Ingram, who played at the University of Alabama.  I say that because Kelly is good friends with Alabama coach, Nick Saban.

Ingram is getting ready to hit the market this Saturday and it will be interesting to see if the Eagles go after him.

They may be in for a fight because New Orleans head coach Sean Payton said he wants to hang onto Ingram.   I think the Birds, who have cleared away tens of millions of dollars of cap space with the departure of McCoy, Todd Herremans, Trent Cole, and Cary Williams, would able to make a much better offer to Ingram, than the Saints.

Make No Mistake: Marcus Mariota Will Be An Eagle

Notes From The Phillies’ 3-1 Win Over New York