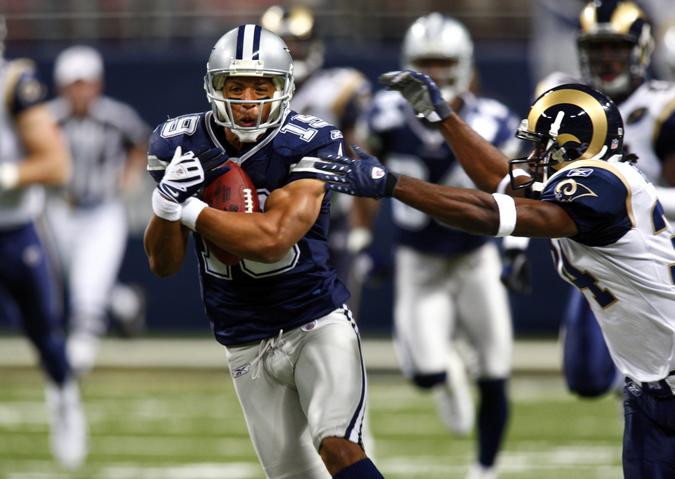 Austin, now 30 years old, isn’t exactly the same player he was five years ago that caught 31 touchdowns for Dallas between 2009 and 2012. He’s been slowed considerably by injuries, and at this point in his career the best thing he’s got going for him is his name.

The Eagles obviously had a need at the position after completely botching the Jeremy Maclin situation and allowing him to hit the open market, and while Austin isn’t going to replace Maclin by any stretch, he’s veteran depth that the team desperately needs at this point.

Does Austin have anything left? Very little if anything. If I was going to compare this signing to anything, it’d be to when the Eagles signed former Green Bay star Antonio Freeman at the end of his career back in 2002.

Freeman was a third or fourth option that year, and gave the Eagles 46 catches for 600 yards and four touchdowns. I’d expect about the same kind of season from Austin, assuming he stays healthy.

Austin is strictly depth at this point in his career. The Eagles are going to give Josh Huff, Jordan Matthews, and whoever they add through the draft, every opportunity to establish themselves.

Austin is just a veteran insurance policy who gives the team a guy with a little big-game history to turn to.

The Eagles extended DeMeco Ryans’ deal through 2016, prompting some to further speculate about Mychal Kendricks potentially being moved.

I don’t think the Ryans’ deal is directly tied to Kendricks’ fate. I think the deal was more about freeing up some additional cap space for this year by lowering DeMeco’s $7 million dollar hit.

While I don’t think the Ryans contract makes it any more or less likely that Kendricks is moved, I’ve already believed for awhile that the Eagles were and are planning to move him regardless.

Ever since the acquisition of Kiko Alonso, I think the writing has been on the wall for Kendricks. The fact that they didn’t immediately dump Ryans and his deal combined with the fact that they haven’t started extension talks with Kendricks tells me he may not have a future here. It just doesn’t make sense for the Eagles to keep all three of those guys around.