Byron Maxwell Pushed To the Limits By Eagles Training Program 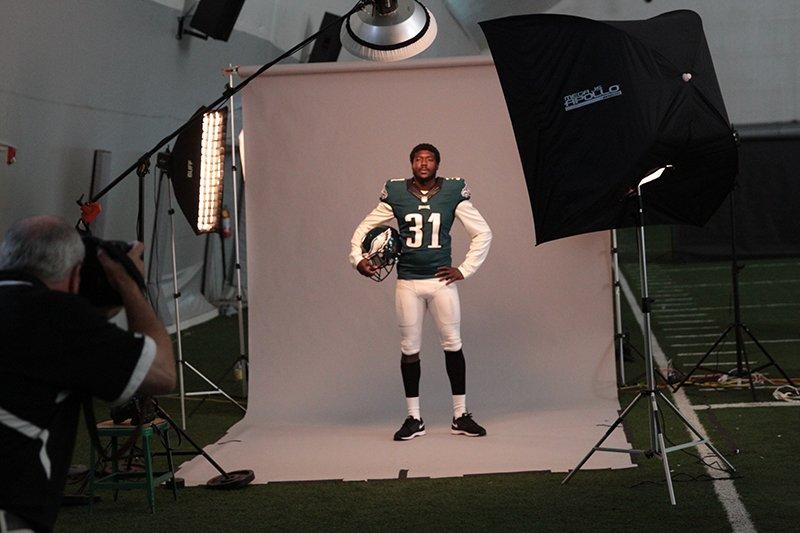 In the last few seasons of NFL action, the Seattle Seahawks have distinguished themselves as a team, of competing on a completely different level than the rest of the league, especially their defense,   There head coach Pete Carroll has been pushing intense competition in practice as the reason his USC teams were a cut above the rest when he was coaching in college and also the reason his Seahawks have been a cut above the rest in recent years in the NFL.

That’s why I was surprised by the reaction of former Seahawks cornerback Byron Maxwell to the off season workouts at the Nova Care Complex.

“The first week was rough”, Maxwell told Dave Spadaro of PhiladelphiaEagles.com. “I was like man I might give this money back.  Ha. Ha. Ha. You’re training hard and everything. Now that I’ve gotten into it and I’m training hard it’s like wow how much better am I going to be now that I”m training like this. I’m excited about this season.”

“I definitely love to press and get my hands on the receivers, disrupt the timing and see what happens from there.  Hopefully I get my hands on a lot balls around here.”

We’ll see if the exhausting Eagles workouts make Maxwell an even better player than he was in Seattle.  I caution everybody concerning the results of the Birds off season workouts.  Some off season workouts translate to improved play in the regular season and some off season work don’t produce results. I can’t tell you what the story is yet, but we’ll both find out during the season.  Just because a team is working hard doesn’t mean it’s going to translate to better play in the fall.  Still, I like the vibe I’m getting out of the Nova Care Complex.

The Maxwell investment must turn out well of the Eagles and he’s got to be one of the best shutdown corners in the game.  They need to be able to put him on he left side their of defense and not have to worry about the receiver that lines up over there.  They’re shelling out ten million dollars a year to him and he must step up.

I expect better play out of Maxwell and the rest of the Eagles secondary because the Birds fired last year’s secondary coach, John Lovett, who was pathetic.  The new coach, Cory Undlin, is doing a much better job according to veteran safety Malcolm Jenkins.  This should help Maxwell, who will need to win the battle at the line of scrimmage by getting a good jam on the receiver.

Usually, if you get a good jam on the wide out, the quarterback finds another target.  Undlin emphasis on getting good jams off the line of scrimmage is going to make the secondary better which will make the defense better.  You’re going to see more sacks by the Eagles defensive line and linebackers, because opposing quarterbacks will be forced to hold the football longer.

Maxwell has plenty of reasons to be happy to be in Philadelphia.  The 27 year old 6’1″ 207 pound cornerback is at the prime of his career and he’s one of the highest paid cornerbacks in the National Football League.  This young corner was able to parlay a year and a half of starting and playing well into a six-year $63 million dollar contract.

To put it simply the youngster hit the jackpot, when NFL free agency started earlier this year. Maxwell, who was drafted in the sixth round out of in 2011 was a backup for his first two seasons in Seattle.  In year number three in 2013, the youngster got a chance to start with five games remaining in the season and he made the most of it.

The starter at the right cornerback position for the Seahawks, Brandon Browner got hurt late in 2013 and Maxwell took over. Young Maxwell stepped in, withstood the heat and flourished as the cornerback opposite the guy, whom many believe to be the best cornerback in the National Football League right now, Richard Sherman.  Maxwell, who was matched up in man-to-man press technique went play after play on that island.  He was thrown at constantly as teams avoided throwing to Sherman’s side.  In those final five games, the former Clemson Tiger proved himself by picking off four passes. He established his name around the league as the Seahawk defense led the way to a Super Bowl title.

In 2013, Pro Football Focus graded Maxwell as the 14th best cornerback in the league.  They weren’t as kind to him 2014, as he started for the entire season and they gave him a 45th ranking in the league. Last year, Maxwell made 50 tackles, had 13 passes defended and three interceptions in 16 games.

Like Other Eagles, Lane Johnson Is Trying To Get Better

Will Ruben Amaro Sell At The Deadline?