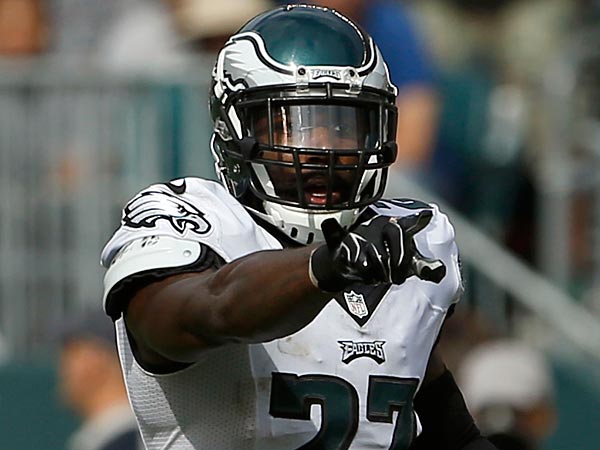 The Eagles will be starting their OTA workouts today and Chip Kelly and his staff will be trying to reconstruct a secondary that plays much better than they did in 2015.  The Birds were one of the worst secondaries in the NFL and they gave up 72 pass plays of over 20 yards which was more than any secondary in the league.

I don’t think it’s a coincidence that the Seattle Seahawks have been the best defense in the league over the last two years and they are one of the few defenses in the NFL, which still does a great job of jamming receivers at the line of scrimmage and delaying their releases into their routes.

Many times in 2015, I would observe Eagles cornerbacks Cary Williams and Bradley Fletcher walking up into the line of scrimmage into press technique.  Then they would open the door and let the receivers release freely down the field without laying a hand on them.  I couldn’t understand it because it made no sense.  Why walk up there if you’re not going to jam him?

Thankfully that will no longer be the case here in Philadelphia.  Chip Kelly has made some major changes in the secondary from both from a personnel standpoint and also in his coaching staff.

They also moved last year’s secondary coach John Lovett into the scouting department and replaced him with Cory Undlin, who was the secondary coach for the Denver Broncos a year ago.  Undlin, who had three members of the Denver secondary go to the Pro Bowl in 2014,  believes in jamming the receivers at the line of scrimmage, which I think is going to make a big difference in the group’s play.

In fact, Undlin’s number one coaching slogan is “WIN THE PRESS”, which means get that jam on the receiver when he tries to come of the line of scrimmage at the snap of the ball.  Last year, Seattle’s Richard Sherman and Maxwell would always get their hands on the receivers as they tried to release.  Now that philosophy will be on display here at Lincoln Financial Field.

The only starter in the secondary in 2015, who is returning is veteran safety Malcolm Jenkins.  He is thrilled with the changes that are being made.

“The change in philosophy is the biggest change,” Jenkins said earlier this off season. “And Cory Undlin is the most important pick up in that (secondary meeting) room. Even Maxwell, who has great technique and knows how to win, but I think getting coach Undlin is the biggest difference.”

“I didn’t know him at all,” Jenkins said while discussing Undlin. “But seeing him and how he works, he puts a lot of emphasis on technique and eye placement. We’ve only been with him a month, or so, and our room has already gotten better in that month. Just from a standpoint of fundamental football and that’s what we really didn’t get the past two years. I heard that when I got here. And then you saw it last year.

“With Coach Undlin it’s going to be a lot different.”

I’m not saying that the change in technique is going to be the answer to all the Eagles secondary problems, but I think it will be a major shot in the arm.  The difference in a good player and bad player in the league is a matter of split-seconds.  Most of the time two-tenths of a second is what separates a good play from a bad play and the difference between somebody who runs a 4.4 forty-yard dash as compared to a 4.6 forty-yard dash.

That’s a big deal in NFL terms and that’s why getting a jam which slows down a receiver is huge..

The safeties love their cornerbacks to jam receivers because it slows them down as they head downfield.

I think it’s going to make a big difference.

Later For 10 Wins, Chip Kelly Knows It’s All About Winning A Super Bowl