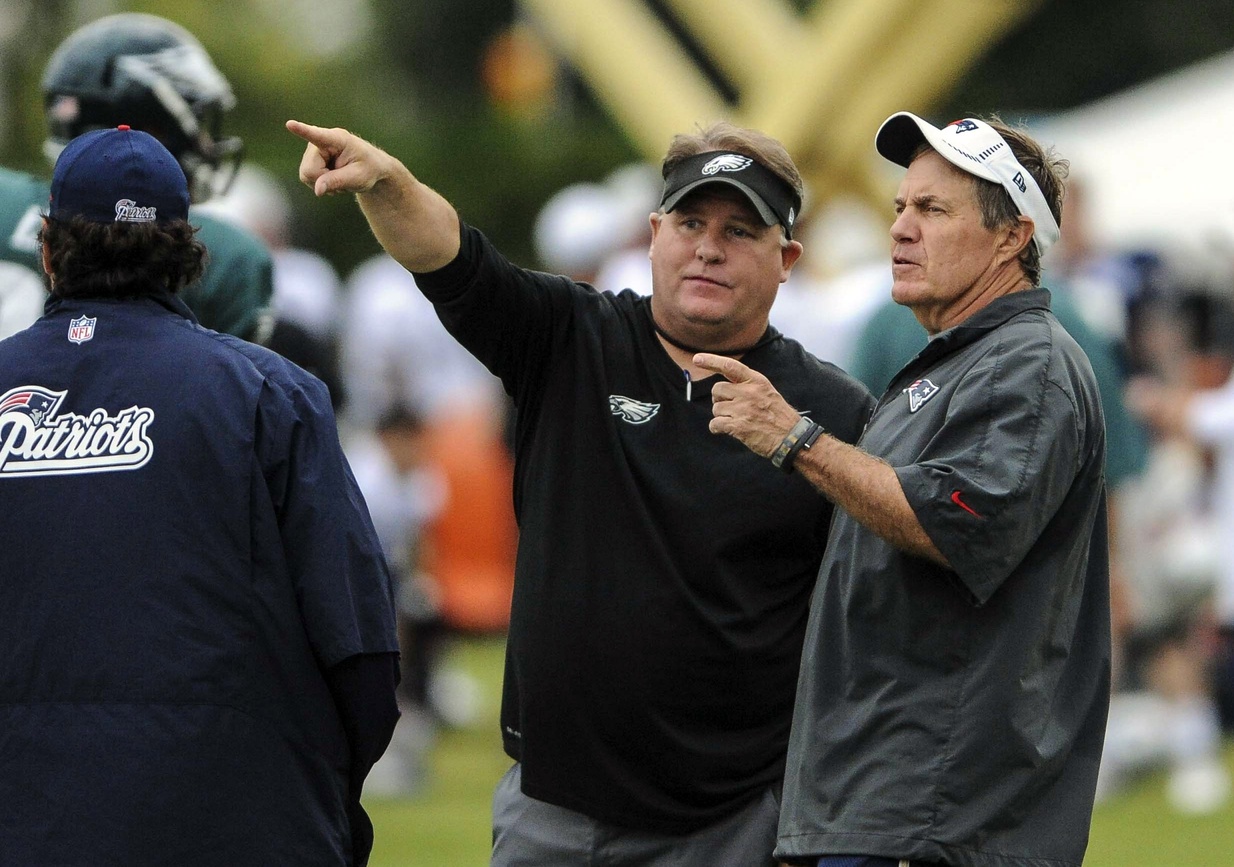 I didn’t like going out there.  I wanted to stay in the box because we were able to beat the receivers up who lined up near the football, but Bill Walsh, who was the coach of Stanford, was forcing us to line up in places where we didn’t want to line up.  Nobody else was doing that then, Walsh was ahead of his time.  Of course it wasn’t many years after that season, that he took over the San Francisco 49ers and started winning Super Bowls.

Just like Walsh, Kelly is capable of making moves that startle people, including his owner Jeffrey Lurie.

“Even owner Jeffrey Lurie admits that there have been times when he’s wanted to make sure that Kelly knew what he was doing. “We had long talks about it,” he says. “These are usually decisions with weeks and weeks leading up to [them]. He’s bright. He’s hardworking. He’s obsessed with football. It doesn’t matter to him, the public perception of a trade. He’s all about making us better—and that’s what you want in a coach.”

Greg A. Bedard put together an outstanding article about Chip Kelly for Sports Illustrated and how he went from an unheard of offensive coordinator at the University of New Hampshire to one of the most talked about head coaches in the National Football League.

Beard writes about some of the information and ideas he shared with other college coaches and with NFL head coaches like New England head coach Bill Belichick and Houston Texans head coach Bill O’Brien.

Kelly told Belichick about his play calling system, where he calls a play with one word.  Yes, one word means a certain play and it saves time and puts pressure on the defense.  Like Walsh, Kelly has had to address his defense with the draft.  I remember the 49ers drafting three defensive backs, Ronnie Lott, Dwight Hicks and Carlton Williamson, that all started in 1979-80 to win a Super Bowl.

It’s a fascinating read.  Make sure to check it out.

I’m fascinated by Kelly and his way of doing things, but I am not convinced he’s going to win a Super Bowl title because the coach doesn’t win Championships, only players can win Championships.  Without great players Bill Walsh and Bill Belichick would not have won titles.  If Sam Bradford gets hurt again or doesn’t pan out, then Chip Kelly will probably not win a Super Bowl title with the Eagles.  That doesn’t mean he can’t go somewhere else and win one, but you’ve got to get the right players, especially at the quarterback position, in order to win Super Bowl titles.

Take A Close Look At Sam Bradford In Action

If Bradford doesn’t workout, then Kelly will look to the draft to address that need. Remember, this will be Kelly’s 3rd season. He has plenty of time to find the QB he feels will take him to the promise land. I seriously cannot see Kelly jumping ship after 3 seasons if his QB doesn’t pan out. That would be a chicken shit way out

Plenty of Time? Where are u getting this from?
Kelly is in Year 3 of a 5 Year Plan and Contract
This is no the Andy Reid ERA where there is carte-Blanche from Owner Jeff Lurie.. If Eagles make no Post-Season or have no Playoff Success, then he
Is a goner… Year 3 is a huge Year for Kelly and cannot afford to go backwards with 6-8 Wins and no viable QB on its Roster .. If he Drafts a QB in Year 4 and is takes 2-3 Years to groom that QB, then time has already run out on Kelly

Paulman, yes I get that, but do you honestly feel that Foles was the answer at QB? Obviously Kelly was trying his hardest to get Mariota. You can’t blame the guy for being aggressive and going after the players that HE wants on his team. I don’t see Kelly leaving after his his contract is up either. If the Bradford experiment works then I see Kelly here for awhile

On Foles for the Long-Term, No, I don’t believe he was the Answer at QB for Championship Caliber Play.. I do think the Eagles 2015 Season would have a better chance to make the Playoffs and even make some noise with Foles over Bradford/Sanchez…After the 2015 Season, the Team will be in same position with no True # 1 QB.. Next Years Draft is far away and most other QB’s will need 2-3 Years of Development just like this years Class and last Years Class so no quick fix for a “Franchise QB’