Ron Jaworski Is Expecting Big Things Out Of Nelson Agholor 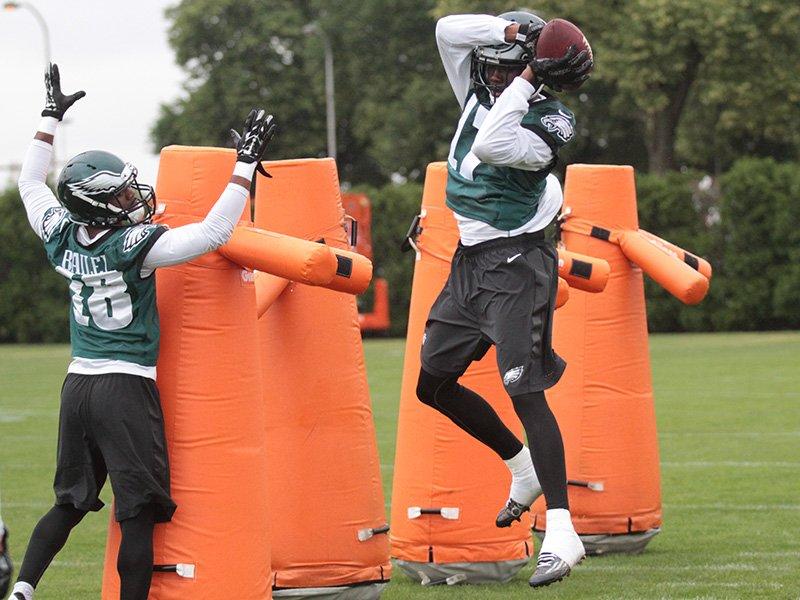 Former Eagles quarterback and current ESPN NFL analyst Ron Jaworski was on 97.5 with Anthony Gargano earlier this week and he said he expects big things out of Eagles first round draft pick Nelson Agholor and he thinks the rookie will outperform the expectations of Eagles fans.

Jaws didn’t focus on his speed or his change of direction abilities which are outstanding , he talked about Agholor football intelligence.

“He has a very clear understanding of what the defensive coverages and what are trying to do to him,” Jaws said, “he’s able to adjust to what they show against him.”  That’s the thing about Agholor, he’s one of the most mature young men I’ve seen come into the league.  He’s focused and you can see by the way he practices.

This young man is a true professional and he’s just stepping into the league.   Everyday during the drills at practice Agholor shows great technique when he runs his routes and catches the football.”

“I was a Nick Foles fan and I’m not going to back down about my feelings about Nick.  With my job with ESPN, I cover 32 teams and I have to be aware of what’s going on around the National Football League.  The people in St. Louis are giddy with excitement about the acquisition of Nick Foles.

“I like Sam Bradford   We know he has talent and he has experience.  He hasn’t shown the ability to stay healthy.  Sam has to prove he can stay on the field.”

Jaws feels the loss of Evan Mathis is significant.  When Mathis got on you as a blocker, he rarely got off of you.  His guy wouldn’t make the play. According to Jaws, the experience of Evan Mathis is going to be missed.

Ron thinks the Eagles will struggle early on because they have so many new players.  He thinks it will take them a while before they jell together.

“I get nervous about too much change”, Jaws said.  “All the new players on the Eagles is a lot of change.  Football is eleven guys on the field working hand in hand.”

He thinks the Eagles running game will be very good, but Chip Kelly will want to make those explosive plays because they are the key to success offensively in the league.  Jaws stressed the importance of getting the steadiness from the pounding running game, then those times when the Birds put the ball in the air, they need big plays.

The Eagles front seven could be one of the best in the league.  They were good last year now with the addition of Kiko Alonso, they could definitely be as good as any league.

Jaws thinks  second year outside linebacker Marcus Smith is the player most likely to be disappointing again this season.  I will say I’m starting to see a stronger and more aggressive Marcus Smith out there on the practice field.

Jaws feels the Eagles Special teams are the part of the Birds team that is the most unappreciated for what they bring to the table.