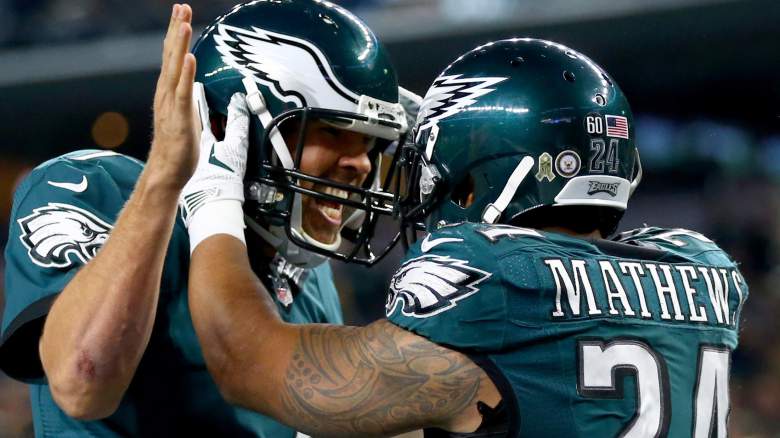 Eagles Hang On To Outlast Bills

The Philadelphia Eagles won their second straight game on Sunday afternoon, taking down the Buffalo Bills 23-20 to improve to 6-10.

I thought Sam Bradford played one of his better games as an Eagle.

While his stat line still isn’t anything to write home about, Bradford seemed to see the field very well today. He reacted well to the various blitzes that the Buffalo defense sent his way, and did a good job spreading the ball around, connecting with nine different receivers.

Bradford and the Eagles did a good job taking advantage of undisciplined Bills squad, drawing the Buffalo defense line into neutral zone infractions numerous times throughout the day.

Bradford’s mistakes were minimal, he did throw one interception, but it didn’t come on a poor decision. Leodis McKelvin made tremendous play on a pass thrown to Brent Celek, wrestling the ball away from the veteran tight end.

The Eagles’ defensive front gave Buffalo a lot of problems throughout the day.

The Eagles deployed a couple of different looks they hadn’t used earlier in the season, using some more traditional 4-3 attacks with Brandon Graham and Vinny Curry lined up at defensive end and Fletcher Cox working his natural position at defensive tackle.

The result was a tremendous mismatch in favor of the Birds, which forced the Buffalo offensive line into numerous penalties throughout the game. The Bills had nine offensive penalties alone, and wiped out several big plays that would have given them first downs.

The Birds only managed one sack on the day, but the impact of their defensive lineman was apparent throughout the game.

Fletcher Cox led the charge, finishing with eight tackles and a the team’s lone sack.

The Eagles did what they needed to do, and kept pace for first place in the joke of a division that is the NFC East.

However, they’re still behind the Washington Redskins, who also won today, because of the tiebreaker.

A much greater challenge awaits them next week when Bruce Arians and the Arizona Cardinals come to town.