Temple Gets Pushed Out Of The Tournament 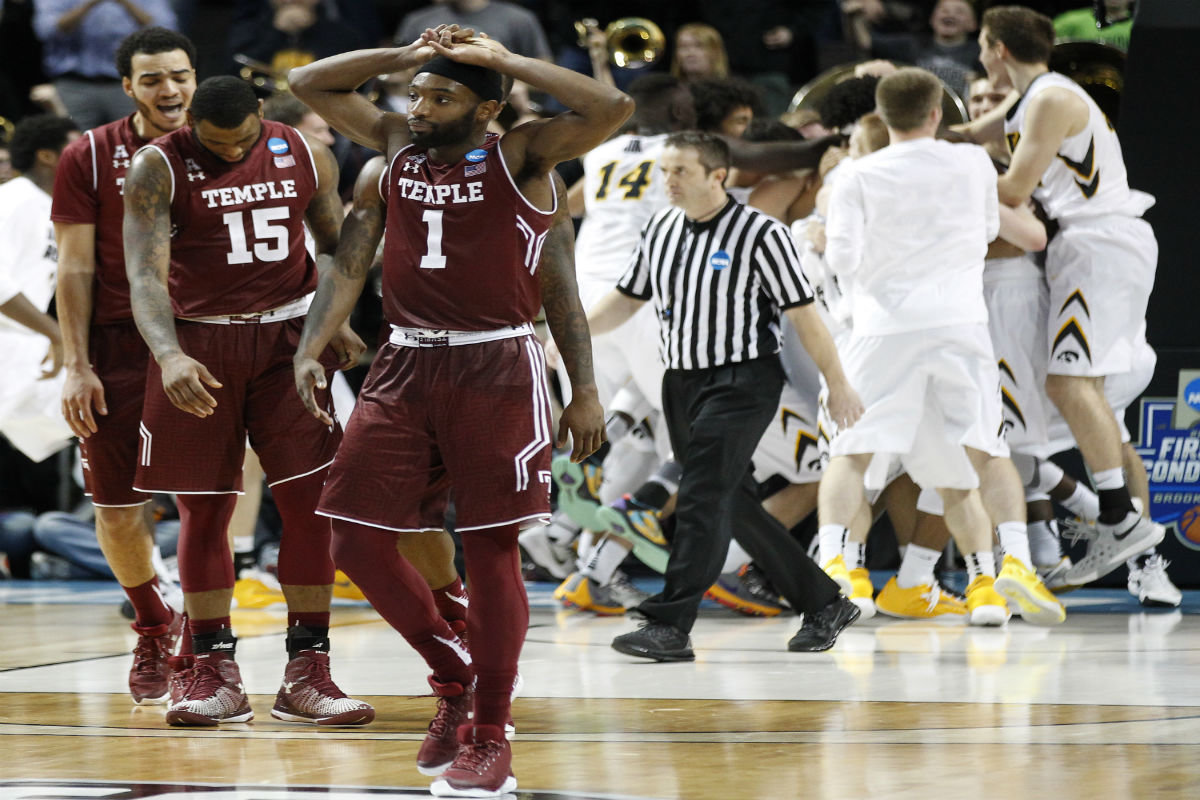 There’s no question that it was a push off by Iowa center Adam Woodbury, but it wasn’t called.  Temple forward Obi Enechionyia was positioned inside of Woodbury, but the Hawkeyes 7-foot center extended his arms in a push just after his teammate and little point guard Mike Gesell had thrown up an air ball from the corner.

Woodbury jumped in the air, got his hands on the basketball while in the air and tapped it in for the victory, 72-70.  Clearly the foul should have been called, but that does Temple no good, as they were knocked out of the tournament in their first game.

Sunday could have been a Philadelphia day in the Tournament with Temple playing Villanova, but Iowa didn’t allow it despite a valiant effort by the Owls.

It was a painful way for the Owls to be sent home, but that’s part of the beauty and agony of the NCAA tournament.  You can’t afford to have an off night or you can’t get pushed out of the way on the last possession of your first game. Fran Dunphy’s squad had played well in pushing Iowa to overtime.

They battled back from a double-digit deficit to send the game into the extra-session.

Quentin DeCosey led Temple in scoring with 26 points.  Josh Brown added 16 and Jaylen Bond was very effective on the boards with 14  points and 15 rebounds.

Can You Believe What Chip Offered For Marcus Mariota?