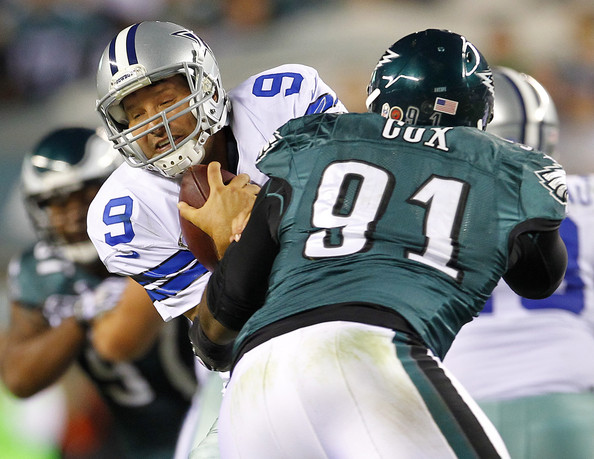 This is a huge game tomorrow night in the NFC East for both the second place 4-2 Eagles and the first place 5-1 Dallas Cowboys as they battle down in Dallas.  The Birds have beaten the Cowboys the last three times they’ve met in Big D, but this Cowboys team is a bit different.

The addition of two rookies, quarterback Dak Prescott and running back Ezekiel Elliott, to their offense has made a huge difference in Cowboys.  They lost their first game of the season to the New York Giants and have won five in a row since then and seem to getting better each week.

Elliott leads the NFL in rushing with 703 yards over six games and he’s gaining over a 100 yards a game.  At the beginning of the season, the rookie was rushing to the line of scrimmage, but now he’s being patient and giving that big offensive line time to open the holes and he’s bursting through the gaps with tremendous explosion.

Not to be outdone, Cowboys rookie quarterback Prescott is second in the league in completion percentage 68.7 and boasting a 103  quarterback rating with seven touchdowns and only one interception through six games.

The key to the game will be the battle upfront between the Birds defensive front seven and the Cowboys offensive line.  If the Birds can’t keep Elliott in check, it’s going to be very difficult for them to beat Dallas.

Defensive tackles Fletcher Cox, Beau Allen and middle linebacker Jordan Hicks will need to stand strong up the middle because the Cowboys love to run right at the defense.  Cox has had some great games against the Cowboys and he’s capable of taking over the game, if and when Dallas doesn’t double team him.

Unlike the Redskins game, the Birds defense must play assignment football meaning “just do your job”.  That means each player must take care of their responsibilities first before trying to do anything else.

The Eagles front seven, which includes eight rotating defensive linemen: starting with rotating defensive tackles Cox, Allen, Destiny Vaeao, and the recently signed Taylor Hart; and rotating defensive ends Connor Barwin, Brandon Graham, Vinny Curry and Marcus Smith. The three starting linebackers are Hicks in the middle with Nigel Bradham on the tight end side and Mychal Kendricks on the weak side.

Jim Schwartz defense scheme is a gap responsibility design. The Eagles defense can handle the Cowboys running attack, if they don’t lose their discipline, like they did in the Redskins game, but stay in their gaps like they did against the Vikings.  If you leave your gap in trying to make the tackle, Elliott is going to run to daylight and wind up going through your gap that you abandoned.   The defensive line must attack this big offensive line, and the linebackers must fill in their gaps depending on the run they’re facing.

In all likelihood, there will be times when Elliott breaks a run or two for good yardage.  When this happens, the Eagles defensive front can’t lose their discipline and abandon their gap assignments.  They must stay with the gap they’re assigned on each defensive play in order to keep Elliott in check.

The rotation of the defensive line will help the Birds deal with the way Dallas tries to wear down a defensive line with the size of that big offensive line.  The Eagles rotation will allow the Birds defensive front to stay fresh throughout the game.  So the key is “Just do your job”!!!  Don’t leave you gap trying to make the play all by yourself, stay in your gap and everything will work out.

The Birds defensive front had better show up ready to play some tough football and that’s especially true for Cox.  The entire country and the rest of the league will be watching Cox as he battles against the best offensive line in the league.  He’s got to show everybody that he was worth the $100 million dollar contract that the Eagles gave him.  If he can dominate Cowboys Pro Bowl center Travis Frederick and Pro Bowl offensive guard Zach Martin, then he deserves every dime.  It’s a shame Cox doesn’t have his partner in crime, Benny Logan with him because they’re used to play with each other.

Cox and his teammates can’t allow the Cowboys to push them around.  Of course after stopping the run, Cox, Graham and friends have got to get pressure on Prescott when he’s throwing the football.  If they do a good job of stopping the run, it will make the Dallas offense one-dimensional and that will allow the Eagles defensive line to tee off on the rookie quarterback.

Carson Wentz Needs To Use His Tight Ends More Often