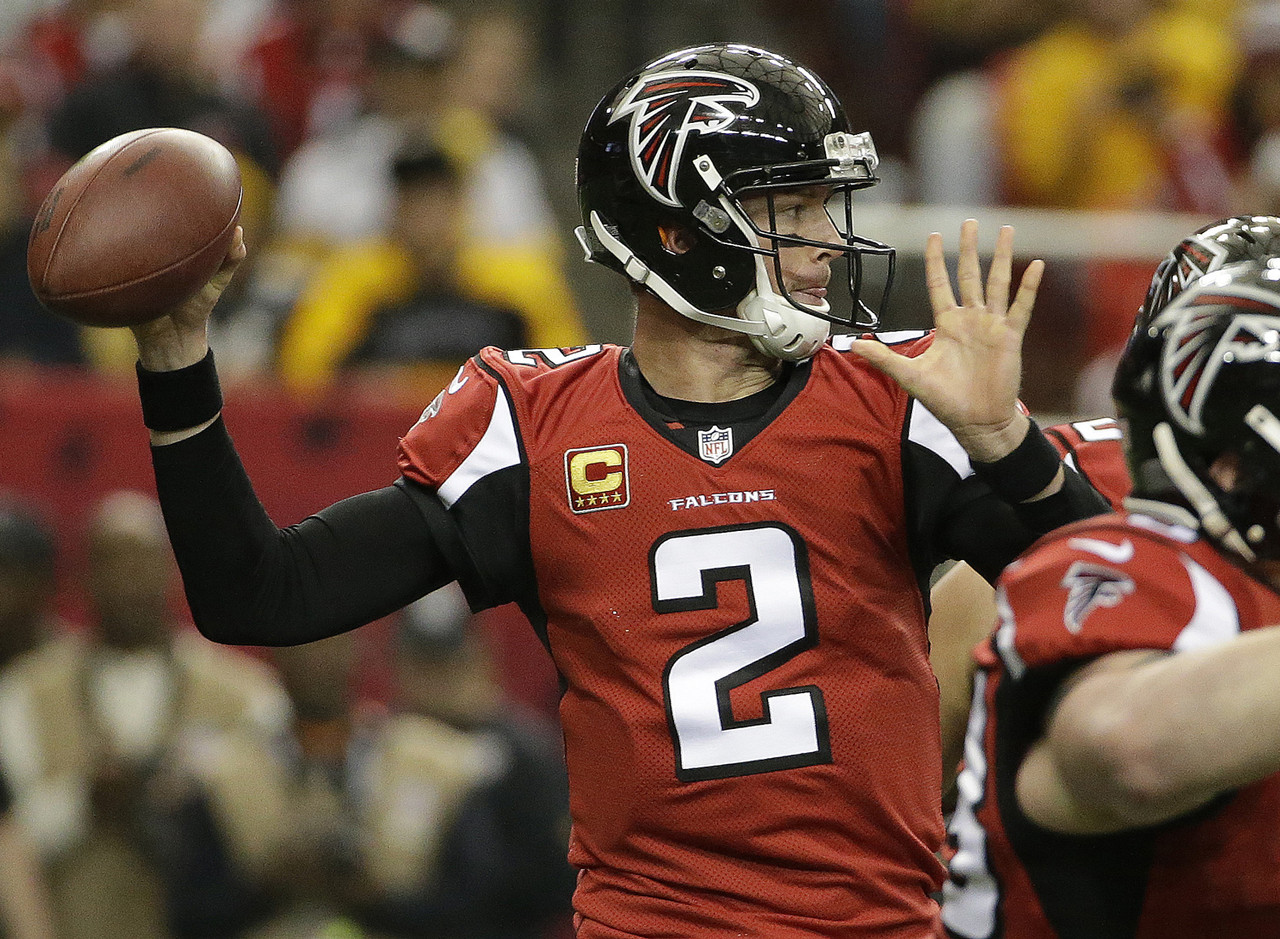 Lincoln Financial Field has provided a huge home field advantage for the Eagles this year and they’re going to really need every bit of it against the Atlanta Falcons on Sunday.   The Falcons are in first place in the NFC South with a 6-3 record.  They’ve improved tremendously over the team they were a year ago, especially offensively.

This is a tough matchup for the Eagles defense because this explosive Falcons offense, which is the highest scoring team in the NFL can beat you in the air or on the ground.    Another troubling aspect of Atlanta’s offense is number of weapons.  They’re capable of scoring from anywhere on the field.

Quarterback Matt Ryan leads the league in passing yardage with 2980 yards with a 69.6% completion rate.  He’s thrown for 23 touchdowns with only 4 interceptions.  He has the second best quarterback rating in the league at 119.

He’s throwing the ball to the guy, who might be the best receiver in the game, Julio Jones.  Jones, who stands about 6’4″ and weighs 225 pounds is a tough matchup for the Eagles defense.  He had a three hundred yard game for the Falcons earlier this season and is on pace for a 100 catch season.  The Birds corners, Leodis McKelvin, Nolan Carroll and rookie Jalen Mills are no match for Jones.  McKelvin is struggling with a hamstring problem to make matters worse.

The Falcons also have some outstanding running backs in Devonta Freeman, Tevin Campbell and Terron Ward.  Freeman is a premiere ball carrier.  Campbell is very difficult to cover out of the backfield and Ward has shown the ability to do both.

Eagles Podcast: Is Doug Pederson In Over His Head?

Eagles Podcast – Birds Must Score TD’s In The Red Zone