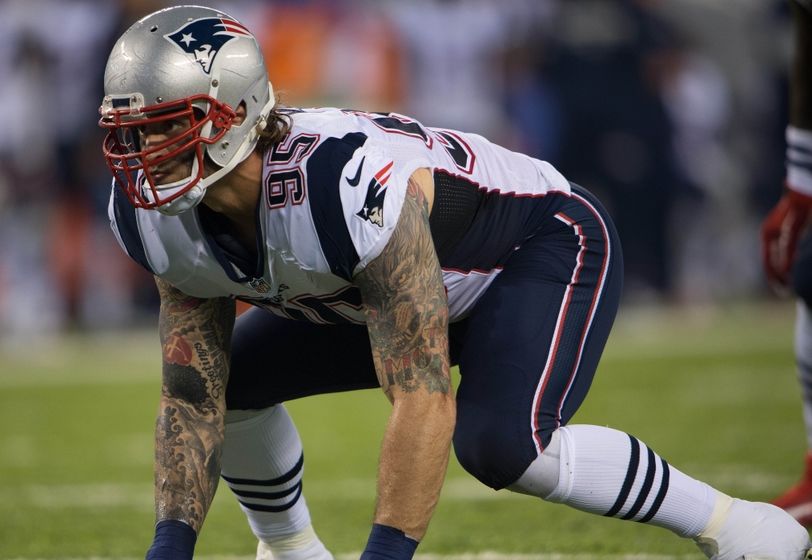 The Eagles signed a couple of veteran defensive players yesterday.  They inked veteran pass rusher Chris Long to a two-year deal.  In addition they signed veteran cornerback Patrick Robinson to a one year deal.

Both Long and Robinson are former first round draft picks, who haven’t quite lived up to where they were drafted.  Long who is the son of Hall of Fame defensive end Howie Long got a Super Bowl ring last year with the New England Patriots.  He contributed four sacks, which isn’t much to get excited about, but he should be able to contribute in the Eagles defensive line rotation.

Robinson played with the Indianapolis Colts last year.  His experience is a quality that the Eagles value right now because the corners on roster right now don’t have very much of it.   He is likely to be a backup, if the Birds are able to draft a couple of quality young cornerbacks, who can come in and start.

Neither of these players are expected to be the answer to their needs at each position, but these players provide depth at these positions.

It Should Be Best Player Available For Eagles

Notes From The Phillies’ 4-3 Win Over Cincinnati

Solid, no-risk ‘bridge’ signings that will man the spots while the rookies they will draft at those positions get acclimated to the NFL.

in each of the next two drafts

Would a trade like CB Joe Haden to the Eagles for Jordan Matthews work for both teams? The Browns could use a veteran WR. Whatcha think Paulman?

Why are a few fans looking to trade Matthews? The guy produces and think how much better he will be with real receivers on e outside…I understand you have to give something to get something in return but make no mistake the eagles brass want Wentz to have multiple options. We all know the guy is a football junkie/genius so with weapons he will find them. Their offense is shaping up to be multi-dimensional…keep Matthews! Draft the next joe Haden!

I was thinking him the other day ehl his athletic ability is off the charts and he had great production at uconn, he’s better then Byron Jones who we wanted a few yrs back

I am not a Fan of CB Joe Haden whose Play and Leadership has mostly disappointed since a good beginning in the NFL and whose play has slipped each and every year since then.. I have to agree with HAC and would keep Jordan Matthews to work that slot now that the Eagles have some legitimate outside WR’s that Teams have to defend
If I’m Eagles, I’m trying to move Michael Kendricks and Nelson Agholor by the Draft for additional Draft Picks or in a package deal just to move up in a Round
I also would move Center Kelce if an Offer was good in Return ..

At #14, I would also not rule out the Eagles Selecting a LB
(Ruben Foster, Hassan Reddick, Zac Cunningham or Takarist McKinley)
Are all Players who could play and contribute from Day 1/Rookie Year..

Haveacigar..reason why I mention Matthews is because he is in the final year of his contract. It will be hard for the Eagles to retain both Matthews and Jeffery. Don’t get wrong, I like Matthews and think he will excel in the O with Jeffery and Smith, but like you said, you need to give a little in order to receive a little. It does not have to be Joe Haden, but I can see this trade taking place if a starting DB is available

I see howie being able to deal with the salaries… he is excellent at that part of his job…. I think they draft defense and go with rookie salaries on that side… I think matthews is very good.

What happened to those Veteran Players in Spring Camp who played well (Nava, Coughlin & Hanigan) are they going to Lehigh Valley or simply released and “Free Agents” for other Teams?

Nava made the team. The other 2 were released.

There’s would be some risk in Trading Jordan Matthews
Also have Jeffrey could have a Nice Season and demand a huge Contrat
Alston Jeffrey could have a poor season and not be welcomed back
Alston Jeffrey could fail a Test and have a lengthy suspension
So getting rid of Matthews now could leave the Eagles very thin again next off-Season which would be a big step back for the Offense.. Let’s see what the Eagles Offense and Wentz can do in 2017 with a full complement of Receivers that collectively can work the entire field in Jeffrey, Smith , Matthews & Ertz..

I’m looking at Peters man, if they get offered a 2nd rd pick for him, how do you not take it, on other hand Wentz needs this season to really take off and Peters is the best man for job, ugh this would be hard for me

Agree Paul. Along those same lines the thats why they gotta draft Davis. Either jmatt or Alshon won’t be back. Maybe both aren’t worth resigning. I’m drafting Davis and starting him opposite Alshon and having Matt in the slot.

Zilents I’d take a two for him too. Only problem is that’s doubling down on lane which is a major gamble. Who knows if he can play at all off the juice.

You’re forgetting about the Eagles ace in the hole at LT.. Taylor Hart!!!

That would be a smart and safe option to Select Corey Davis hen have a promising young stud WR to groom in with Wentz for the next 5 Years in case Jeffrey is only a 1 Year Stay . Davis can learn under Jeffrey & Smith & Matthews for 2017 and learn what it takes physically and mentally to prepare and become a good NFL Receiver and watch him only put up modest Stats as a Rookie and then be ready to break out in 2018 and beyond…
Meanwhile, they can move on from Agholor & DBG

The Trade Rumor coming out of Denver..
I think the only way you Trade LT Peters is if yo can get one of the CB’s in Return (Veteran Talib earns big $$$ and Chris Harris who signed a big deal last year and or Bradley Robby who is likely Talib’s successor and is younger)
I could see the Broncos offering Talib for Peters as they have no Proven LT on their Roster and would also give them some Cap relief in order to take on Peter’s Contract

Dumb deal for Denver imo unless they get romo

I would hate the Eagles to trade Peters, but if they offered a 2nd, or say Talib or Roby, then it would make sense to make that trade. We are lucky to get 1 – 2 more years out of Peters.

Opening day and hellickson crusing over reds with 3 1 lead, Caesar going deep in our lead-off opening day homer since 1938, I thought Jimmy did it, but our line up in dangerous 1-9 could have 4 to 5 guys get 20 HR. I picked Caesar to be our most improved and actually have a all star type season