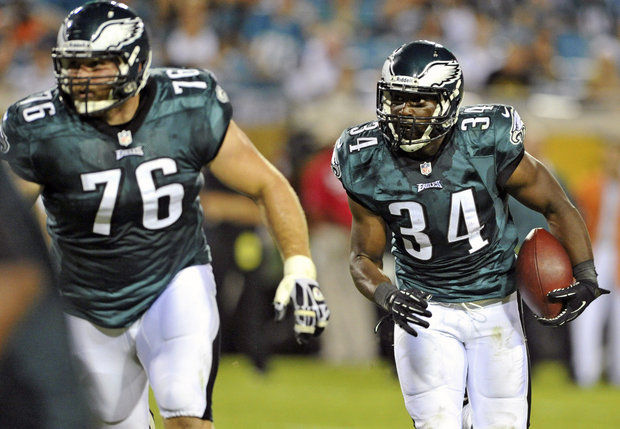 Well, this is a confusing situation.

Team put out a statement, thanking Barbre for his time in Philadelphia, and Howie Roseman even commented that the door would be open for Barbre to return if he didn’t find a suitable situation for himself on the open market.

But apparently, the Eagles hadn’t officially released Barbre, and instead have announced that he’s been traded to the Denver Broncos for a conditional draft pick in 2019.

It’s great that the Eagles were able to obtain some kind of compensation for Barbre. Earlier today I commented that I didn’t like the fact that the team was tossing away a quality depth piece for nothing, so the news that they’re obtaining anything at all is great.

I can’t ever remember seeing a situation where a team announces the release of a player, only to pull it back and announce instead that he’s been traded instead. Apparently just announcing that a release is imminent without filing the official paperwork with the league is a tactic to see if any other teams will jump at the opportunity to secure a veteran they like through a trade rather than risk not getting them on the open market.

If that was Howie Roseman’s plan, kudos, it worked.

Notes From The Phillies’ 9-0 Win Over Houston

What’s weird was that there was a quote attributed by Howie Roseman stating to the effect that Barbree was a “consummate Pro and that they both agreed on the release now so he could be picked up by another Team with a legitimate chance to start”, the quote even finished that Barbree would be welcomed back if things didn’t work out for him?

And good for Broncos who now don’t have to bid or overpay for a quality experienced OL
I believe Barbre would have drawn interest from the Giants,Jets,Packers & Seahawks who all could use some OL help