I Thought Allen Barbre Was A Great Insurance Policy 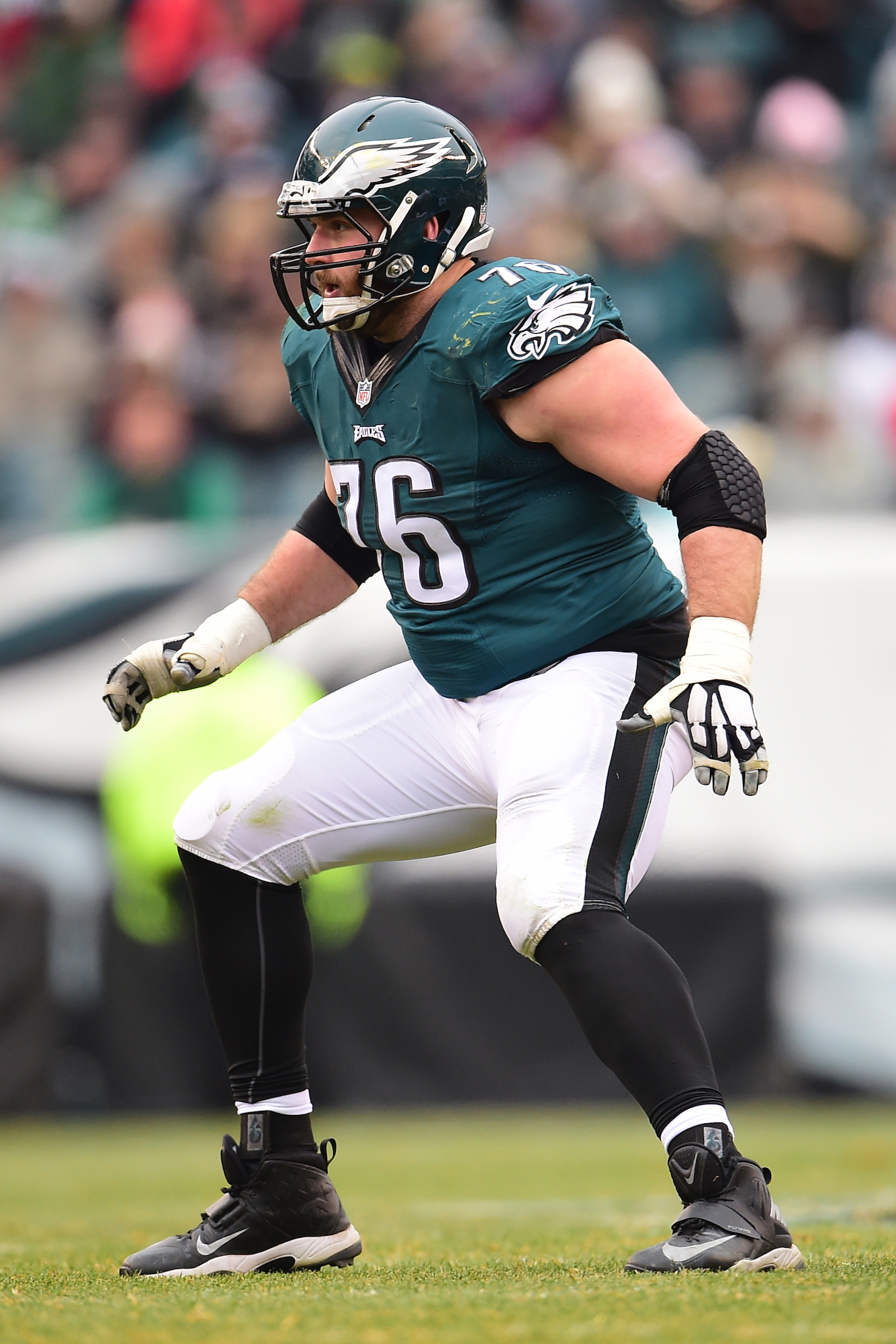 You just can’t put anybody out there at offensive tackle in the National Football League.  There are pass rushers on the Eagles schedule that could single-handily derail the season if given the chance.

Remember how the loss of starting right tackle Lane Johnson changed the play of then rookie quarterback Carson Wentz and shipwrecked the Birds season a year ago.  I’m not totally confident that Johnson has learned the error of his ways with Performance Enhancement Drugs, so I wanted to see them keep some insurance around.  Remember, if Johnson has another mishap with PED’s, he will be sidelined for two years.

On the other side of the offensive line at left tackle, the Eagles have future Hall of Fame Jason Peters.  Although he was an All-Pro in 2016-17, he’s still a 35-year old offensive tackle, who could reach the end of the road at any time.  Peters is an amazing athlete, but nobody would be shocked if he woke one day this season and realized he couldn’t get it done anymore. Everybody knows that day is coming, but we don’t know when.  I thought Barbre was the best insurance the Eagles had.

I guess they’re confident enough in second year tackle Halapoulivaati Vaitai to step in and do the job.  I hope they’re right, in fact they’re better be right or the season is one play away from trouble.

I’ve heard and read articles about how this helped the salary cap, but who will care about the salary cap if you’re allowing your franchise quarterback to get pounded into submission. I hope they know something I don’t know, but I surely don’t want to see Matt Tobin lining up at offensive tackle.

Notes From The Phillies’ 9-0 Win Over Houston

Notes From The Phillies’ 10-3 Win Over Atlanta

Eagles are confident in Big VaiTai to be Back-up at OT in case of Injury to either Peters or Lane Johnson.. They also have been reported to be very high on Dillon Gordon for the Future too at OT..
At Guard, they have Brooks,Seumalo, Warmack and Wisnewski who they obviously feel better about then Barbree..
With a 53 Man Roster and only Dressing 46 Players a Game, You can only Keep about 9 OL on the Roster and the Eagles must feel Better about the others they have on their Roster then keeping Barbre.. If you have to go down to using your 4th OT due to Injuries, chances are your Season is lost anyways.. You want that 8th/9th OL Spot on the Roster to be a Player about the Future and not an Insurance Policy..Right ?

They had to get younger and move on from Barbre . G should know its football and a $300 grand 23 year old has to play sometime and a $2 M guy has to be moved– its economics and its performance you have to have young guys play- I’m betting on 12-15 significant contributors from the last 2 drafts.

HAC, you hit it right on the head…really just that simple.

Barbre was ok but let’s not get carried away G!

Im with you G. It make no sense to me at all. I used to get on Andy for doing things such as this with our LB’s back in the day. It seems like if a starter will not be starting the next year they try and honor this person by giving them a chance elsewhere. It really drives me nuts.

This wasn’t about honor Steve…far from it. This is a huge savings in money and you are getting younger. I think Barbre is 33 and a back up? Kind of like a 30 year old guy in double A . This was a no freaking brainer. Now if in the coaches interview they say “we want to give him a chance to start” that’s like breaking up with a chick and saying “it’s ME that’s a mess not you”….

Well ESp did report that Wentz farted in the huddle yesterday and the smell was so bad that he’s concerned he has food poisoning…. there is cause for concern.

How can Barbre be a great insurance policy at 33, yet Peters is referred to as being close to “the end of the road at any time”? Shouldn’t Barbre be looked at the same way? I like the fact that the Eagles are infusing young talent. If Seumalo and one of the young Tackles performs well, the Eagles will be set on the O-line for years.

With Big V as a back-up that they trust and a guy that they seem to have targeted to take over at RT when Johnson goes to LT, what is the issue here? Seems like you would have to lose both starting tackles for this to be a real issue and then the Oline is effed anyways. This was a salary dump and Barbre was ok but they needed to save money.

More than a salary dump…. they got BETTER

You are probably right. It will give V a chance to play more in the rotation and also because Peters always misses a couple of games.

It’s not just Vaitai they feel good about…Seumalo also showed he could step in and play some tackle last year if need be. And the team also has Chance Warmack and Stefan Wisniewski for the interior of the line as well. Even the developmental guys, the Andrews and Gordon’s of the world have at least a little upside.

This isn’t the Chip Kelly era where offensive line depth was completely devalued with Evan Mathis released on the eve of training camp and scrubs like Andrew Gardner and John Moffit would battle it out for a starting role, while Julian Vandervelde would comically be released and resigned literally every week.

The offensive line depth is the best it’s been in years.

Wentz had a sick day today according to the extremely mean and biased esp. 22-25 and just balled.

Alshon got pulled out of practice for should injury

Just finished reading the practice observation by ESP and BLG on Bleeding Green Nation. They both stated Wentz was laser sharp today, very accurate and making good decisions. Appears to be getting timing down with receivers.

Speaking of receivers, Marcus Johnson came in to replace Alshon Jeffery after Alshon got banged up. I/m wondering if he has surpassed Agholor on the depth chart at the moment, Johnson showed speed blowing past Malcom Jenkins and Rasul Douglass, according to reports Johnson caught every pass thrown to him today including two long passes from Wentz. I was happy when the Eagles signed Johnson as an UDFA last year, he has the size, speed and hands to be a good NFL receiving weapon, he just needed time to get up to NFL speed and acclimated to the system.

He’s not mean or biased. Just makes dumb observations on occasion to get hits. I’m about as excited about his on fire practice as I was his ’cause for concern ‘ practice the other day.

Why are there no practice observation updates on this site? How about an up to date rolling board where we do not have to constantly refresh the page to get current posts…this would encourage and increase more dialogue on this site.