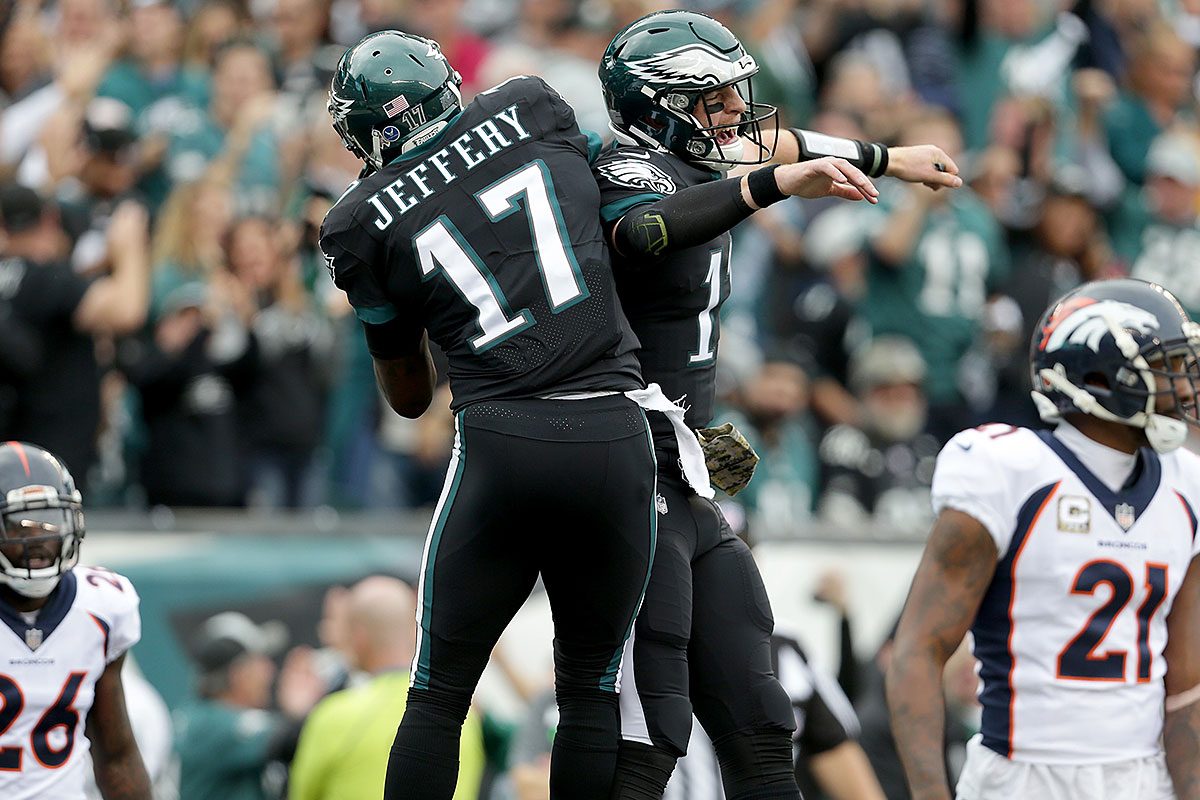 One of the amazing things about the Eagles win over the Denver Broncos was the way they did it.  On their first score, they attacked one of the best cornerbacks in the National Football League, Aquib Talib.  It was a RPO, which is short for Run/Pass Option.

Eagles quarterback Carson Wentz put the ball into the gut of running back Corey Clement as he headed toward the hole, then he pulled it out as the defensive line reacted and he rolled to his right.  Wentz showed his ability to throw the ball accurately, while he’s on the move.  He delivered the ball right into the hands of Alshon Jeffery as he ran down the right sideline with a four or five yard lead on Talib.

Video: Pederson and Wentz On This Point In The Eagles Season

Video: Pederson On The Play of Clement and Ajayi