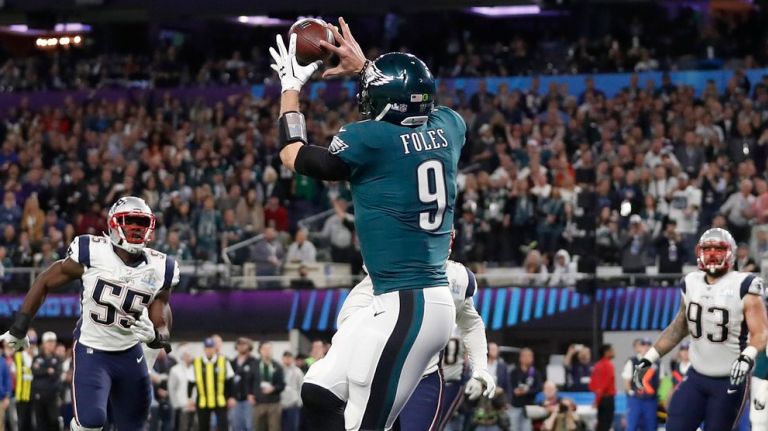 Victory! A Championship Worth Waiting For

You certainly couldn’t ask for a Super Bowl Championship in a grander fashion than what the Eagles delivered on Sunday night.

A shootout with five-time Super Bowl Champ Tom Brady? A game that went back and worth and went right down to the wire? A fourth and goal touchdown pass from a backup tight end to the backup quarterback?

Doug Pederson, who began the season having to listen to certain writers describe him as the most unqualified coach in NFL history, and reports that defensive coordinator Jim Schwartz was looking to usurp his position.

Doug guided the Eagles franchise to do something it had never done before. His playcalling was absolutely masterful in the post season, and the Super Bowl was no exception.

Pederson had his trademark aggressiveness on display on Sunday night. The fourth and goal call to throw a touchdown pass to Nick Foles may be the one moment from this season that will forever be burned into my memory.

Not only was it a critical call to give the Eagles a 10-point lead going into the half, but it was an absolutely epic shot a Belichick and Brady, who failed to execute almost the identical play earlier in the quarter.

Doug Pederson wasn’t a popular hire when he got the job. But he’s now buried and obliterated the fear that he was simply here to be a puppet and Andy Reid-lite. He’s proven be a true leader, and an elite playcaller.

Nick Foles will go down with one of the most unusual careers you’ll ever see.

A guy who seriously considered retirement after his career was nearly ruined by Jeff Fisher comes back to the team that originally drafted him, spends most of the year on the bench, and winds up guiding the team through the playoffs with three performances that will likely get him another chance to be a starting quarterback somewhere.

Foles looked comfortable and confident in the Super Bowl, delivering some absolutely picture-perfect passes on his was to throwing for over 370 yards and three touchdowns.

Some of the throws Foles made were just jaw dropping. Among his best moments were threading the ball between two Patriot defenders to Nelson Agholor, floating the ball to hit Corey Clement in stride for a big gain, and delivering touchdown strikes to Alshon Jeffery and Clement.

Imagine next season, Carson Wentz, a franchise quarterback and MVP candidate, backed up by Foles, a Super Bowl MVP who has a career post season quarterback rating of over 100.

On a night where the Eagles’ defense could do very little to slow the opposing offense down, Foles needed to produce points on nearly every drive in order for the team to have a chance of winning, and number 9 delivered, big time.

Foles has secured his spot as an Eagles legend.

It’s so hard to find the right words to really put this title into perspective.

As Eagle fans, we’ve all been through so much to get this point. Along the way, we’ve debated and bickered about everything from who the head coach should be, to whether or not certain guys were the answer at quarterback, to whether or not Howie Roseman could really build a Super Bowl winner.

But now, regardless of whether we’ve been right or wrong in the past, the goal has finally been reached. We can all come together and celebrate!

The 2017-18 Eagles will forever be remembered as a team that overcame so much and kept fighting. When key players went down, there was always someone to step up and carry on at a high level.

A season that began in Philadelphia with the 2017 NFL Draft will now come to a close with a parade, the likes of which the sporting world has never seen before.