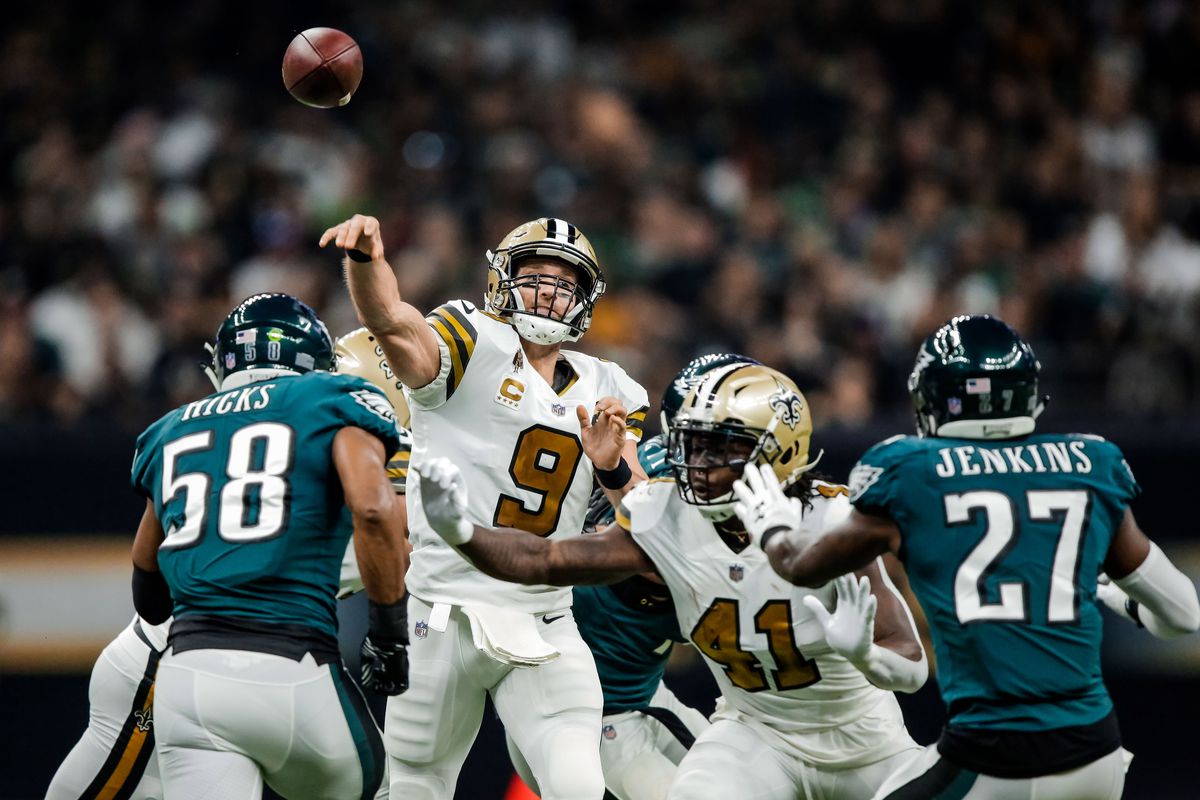 The Eagles were outgained 190 yards to 15 after the first quarter alone. Their offense generated one lousy touchdown. Their defense surrendered nearly 50 points on the day.

This team is such a shell of what they once were. You’d never guess that this was a group that came together and won a Super Bowl back in February.

Once again, I lay a lot of the blame for this team’s failures at two of Doug Pederson’s top coaches.

Jim Schwartz’s pathetic scheme was completely overmatched by Drew Brees and the efficient machine that is the New Orleans’ offense. Whatever the defense worked on this week was completely useless, and a waste of time.

I’ve read a lot of people defending Schwartz, pointing to all of the injuries as the reason this defense can’t offer any type of fight, but the problems run much deeper than that.

Was the Eagles’ defense healthy during the Super Bowl? The one element of the Championship win over the Patriots that no one ever talks about is how poor and ineffective of a gameplan Schwartz had that day for Tom Brady, where the healthy Eagles secondary was completely lit up for over 500 yards.

Imagine if the Eagles had lost that game. Instead of spending six months gushing over Nick Foles and the Philly Special, there would be riots in the streets for Schwartz to lose his job, as that defensive performance could easily have cost the team the title, if Foles and the offense wasn’t in top form.

When the Eagles’ defense was obliterated by journeyman Ryan Fitzpatrick, was the defense healthy? What about when they coughed up leads to the Titans and Panthers? Did the nonsense ‘picket-fence’ defense fail against the Cowboys because the defense had injuries, or because it was just an absurd playcall that was easily exploitable?

Sure, the injuries make it more difficult. But Schwartz is the real problem, and my concern is that the injuries are going to be enough to give him a pass to keep his job beyond this year.

The Eagles are actually staring at the possibility of falling to fourth place next weekend against the New York Giants.

The Giants are actually playing some decent football, having won two straight, and just dropped 38 on the Bucs.

The Eagles have a great deal of work ahead of them if they still have any hope to salvage this season.

Were The Eagles Defensive Backs Wearing The Wrong Shoes?

Where to begin? At one time; seemingly a long time ago, this organization, was supporting Jeffrey Luries, assertion of a “gold standard.”! When looking back upon this coaching staffs strengths, one was making adjustments , on the fly. Todays squad seems to defy that credo with a stubborness , and validates how stuck in the mud they are. Players and coaches seem to be “going through the motions.” Lurie , had his opportunity to insert himself into the conversation , and is doing a see no evil hear no evil stance , ignoring the obvious. This is an abandoned car on the side of the road and every single thread of this squad is broken. I imagine injuries will prevail as a cause and effect. The one major 600 lb in the room elephant is on the field performance. Yesterday was rock bottom.