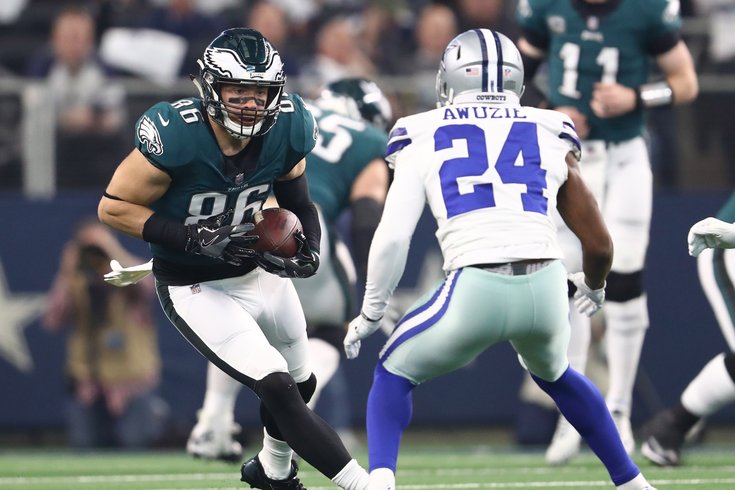 It’s as sour a way for a season to go out as one can imagine.

With an opportunity to go on the road and keep playoff hopes alive, the Philadelphia Eagles let the 2018 season slip away. The Super Bowl Championship will not be properly defended in the playoffs. While the Eagles may not be mathematically eliminated, the writing on the wall is clear as day.

This is a lost season, and the Birds won’t be making the playoffs. They may not even finish with a .500 record. It’s not just about today’s loss, its about the body of work that this team has put together as a whole.

The injuries, the mistakes, the self-inflicted wounds, everything that’s gone wrong since the start of September culminated in tonight’s effort.

The hallmarks of this team were all on full display. Another slow start. Questionable playcalling throughout the game. Injuries taking their toll along the way.

I think this would have been a very different game had the officials made the proper call on the opening kickoff.

It was clearly a fumble, recovered by the Eagles’ special teams deep in Dallas territory. The refs not only missed the initial fumble, but once they took a look at the review, somehow made the determination that there was no recovery by the Eagles despite the fact that there were at least three Eagles on top of the ball with no Cowboys anywhere close.

My jaw dropped upon hearing the explanation after the review. I’m not normally one to be bothered by bad calls; its just part of the game, but in what world was that not a fumble recovered by the Eagles?

Imagine how much this game might have swung in the Eagles’ favor if the right call had been made? The Birds start with a short field, steal a possession from Dallas, and at minimum put three points, possibly seven on the board. We’re talking about a completely different game if that’s the case.

Instead, the Cowboys dodged a bullet, and the Eagles’ offense went through their patented slow start, and the rest is history.

I wasn’t ready for this season to end.

Coming off of the Super Bowl, I at least wanted the Eagles to have a chance to defend their title in the playoffs themselves. I certainly didn’t want the season to end on the 9th of December, leaving us with a long, cold winter ahead of us without any meaningful football.

However, it can’t be helped. This team just wasn’t good enough. It’s time to start thinking about 2019.

Critical is ticking companies for to block underage users

Success humble is good not teacher failure makes you