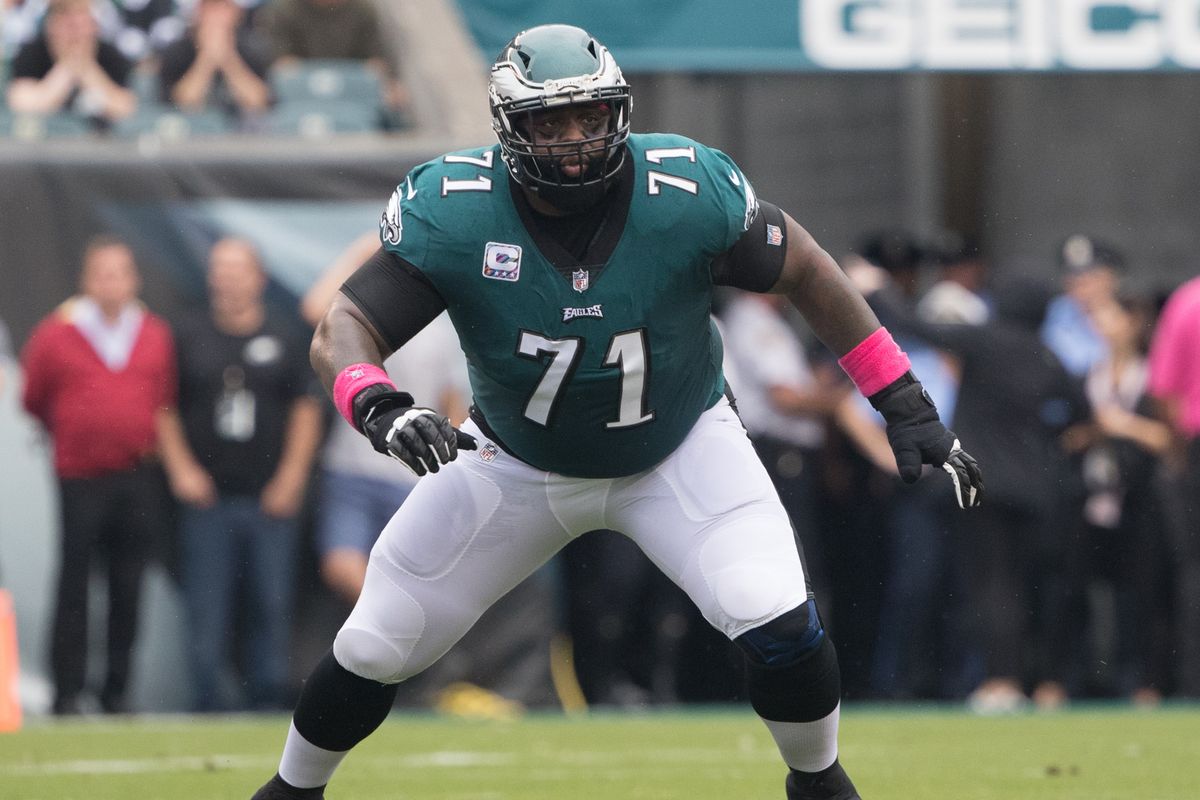 I think the Eagles made what could be a brilliant move by Howie Roseman and Doug Pederson in signing future Hall of Famer and veteran offensive lineman, Jason Peters to a one-year deal.  They’re planning on having him take the place of injured Pro Bowl right guard, Brandon Brooks.  The key will be his ability or inability to stay healthy.  If Peters stays healthy, he will meet a major need for the Birds and he could write another outstanding chapter to his Hall of Fame career.

Peters is an amazing talent, when you measure his size, strength, speed and quickness.  He’s a special athlete, who has a combination of speed and strength that are rare in the history of the NFL.  If there is something that Peters wants to do on the football field, I would be hard pressed to say he couldn’t do it.  The guy is a freak of nature.

At the same time, every player has his limits.  There’s a reason that all of the members of the NFL Hall of Fame, no longer play in the league. Still, he is 38 years old and not quite the player he had been.

I think Peters can still be a dominant force at the right guard spot because he won’t need to be as quick and as fast as he needed to be at left tackle.   He’ll be able to use his strength to handle the NFL’s defensive tackles.  Peters is still just as strong as he was when he was at the top of his game, five or six years ago.  I believe Peters is the strongest player on the roster.  I think he can be dominant at the right guard position, so text all the defensive tackles on the Eagles schedule and let them know that this isn’t good news for them.

The former tight end will need to do his blocking techniques “backwards” because he will be moving from the left side to  the right side.  Peters has always been a great technician, so I think he will be able to handle the changes and the position move.

This will likely be a major shot in the arm for the Eagles running game, which has been right-handed in the last few years because of their dominant right side, which had been featuring Brooks at right guard and Lane Johnson at right tackle.  Johnson has to be smiling because he knows how strong Peters is and how dominant he could be at that right guard position.

I think the entire Eagles offense, such as quarterback Carson Wentz and running back Miles Sanders, as well as their offensive coaches are feeling good today about the signing of Peters.  They know what he has done in the past and they know what he is still capable of.

The Eagles Address Their Need For Speed

The Eagles Defense Has A Chance To Be Very Good, But…

Play and Develop the Young Players should be the Goal for the 2020 as there is very likely to be only a partial Season and quite possibly no completion to the Season at all so why bring in Old Veterans or Sign any Free-Agenta or make any Big Roster Moves or Trades at this Point… Looks like there will be limited if any Summer Camp and Pre-Season at all and a likely Delay to the Season until October, and then when Play actually begins, too many Teams/Players will be hit with the COVID-19 Virus that it will make for very un-even, poor quality, not competitive Football at the least so 2020 is basically a throw away year in terms of having a meaningful Season… Learn about the Young Players for the Future as the 2021 Salary Cap will decrease due to lost Revenues for the NFL so many tough decisions to make for the Eagles Roster and all Teams for the 2021 Season

I would Play Matt Pryor play at RG and have Peters come in the Bunch Formations on Short-Yardage, Red Zone as that extra Big Blocker and fill in for Andre Dillard at LT, if Dillard Struggles or gets Injured

Trump is an Asshole

I believe Season Starts first Week of October and is suspended after 4-5 Weeks as half the Rosters on many Teams will come down with the Covid-19 Virus making this Season completely illegitimate so why bother signing Veterans or any Free-Agents at this point
After 2020 Season, say Goodbye to Malik Jackson, Desean Jackson, Rodney McLeod,Brandon Graham, Jason Peters, Nate Sudfeld, Jalen Mills, Sidney Jones, Alshon Jeffrey and Jason Kelce will Retire m2021 Eagles will look and be a lot different and super fast and athletic across the Roster

2020 is a Lost Season, There’s No sense in Adding, Trading or Signing New Players, for what ?
Work with the Young Players and hopefully they’ll be able to have some sort of Practices to learn and keep their Skills Sharp, Expect many NFL Players over the Age of 30 to be Cut and Released after a lost 2020 Season
It is what it is, from Lost Revenue to a Lower Salary Cap, for some Older/Aging Players missing a Year of Competition will be difficult for to overcome and be ready next year for 2021
There are simply not enough Safety Protocols in place for this Season to ever Start and by the time they work out the kinks and bugs out, there will be too many players,coaches,staff, out with the COVID-19 Virus and be placed in various stages of the Quarantine Process..
It’s like Re-Opening the Schools which many are going to do in a limited basis ..How can you Practice and Prepare for NFL Season on a ‘limited basis”, You can’t .. Just Cancel it already and be done with it

By Mid-/late September, the Schools/College Universities will be Closed again

NFL has eliminated all the Pre-Season Games, Teams Rosters will start Camp at 80 Players instead of the usual 90
to help with Social Distancing ..
I believe a good chunk 80 Players in Camp will likely have their Rights kept by the Team for a monthly stipend, even when Cut, in case of a rash of COVID Cases hitting the Team and these players will be included or grandfathered in a way, on the Practice Squad as the current 53 Player Roster plus a 10 Player Practice Squad is simply not going to be enough Players for any Team in 2020 so I see each Team having about 70 Players Total under control for the Start of the Season, if there is a Season

I learn something new and challenging on blogs I stumbleupon everyday.

I am regular visitor, how are you everybody? This article posted at this web site is in fact pleasant.

GM Howie has resorted to LSD prior to this trade. There is no way in hell he would do that

Iím amazed, I must say. Seldom do I encounter a blog thatís equally educative and amusing, and without a doubt, you’ve hit the nail on the head. The problem is something which too few folks are speaking intelligently about. I’m very happy I came across this in my hunt for something regarding this.

Price can also vary a little between exchanges.

Everything posted made a ton of sense. However, what about this?
what if you added a little information? I mean, I don’t want
to tell you how to run your website, but suppose you added something that grabbed a
person’s attention? I mean Eagles Sign Jason Peters To Play
Right Guard – GCOBB.COM is a little vanilla. You might glance
at Yahoo’s front page and note how they create article titles
to grab viewers to open the links. You might add a related video or a pic or two to grab people excited about everything’ve written. In my opinion, it might make your
posts a little livelier.