Governor Wolf Is Giving Cowboys An Advantage Over Eagles 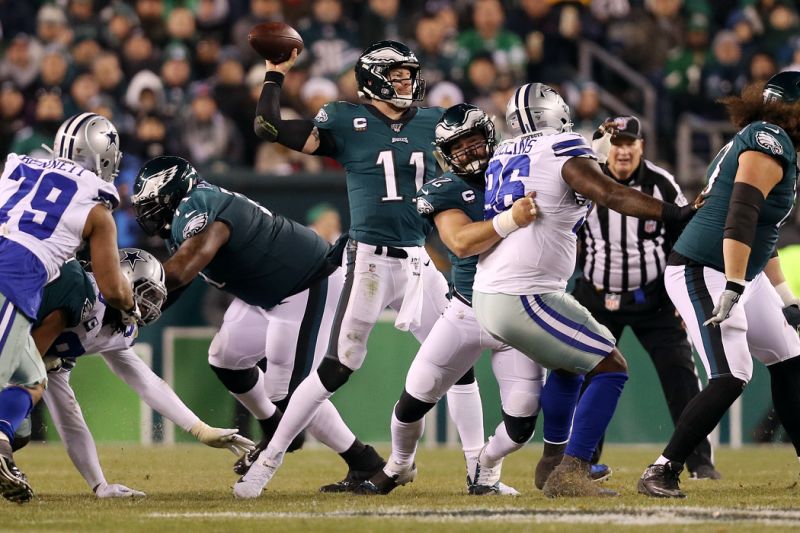 I think the decision to not let the Eagles have fans at the game is clearly political.    When you step back and see that the Eagles can have the fans placed in the stands with plenty of room in between each of them for social distancing.  Why can’t the fans be at the games?

They can forced to wear masks.   The Eagles could supply hand sanitizer all over the stadium after having all the seats sterilized.  They can have the temperature of fans taken before the games to make sure everyone is safe.   Why can’t the fans be at the game?

Pennsylvania Governor Tom Wolf is doing this for purely a political reason.  He’s trying to hurt the Pennsylvania economy, so he can hurt President Donald Trump in the upcoming election.  He should not be penalizing Philadelphia Eagles fans for political purposes.  He’s giving the Dallas Cowboys an advantage because the Cowboys will surely have fans at their home games in Dallas.

You can see Governor Wolf marching with the protesters.  That’s okay and safe, but going to a football game isn’t.

The Governor has no problem with people marching in protests.  He’s got no problem with them looting and burning down building in Philadelphia, but he’s got a problem when they want to go to an Eagles game.

There’s no question that Dallas will have fans at their games.  In the NFC East division, who’s kidding who.   The division is between the Eagles and the Cowboys.   I think Dallas will be better because of the change of coaching staffs.  The Eagles will need to play their best football to beat them this year.  The Dallas offensive and defensive systems were very simple in previous years.   They will be more advanced and complex on both sides of the ball going forward, which we make them more difficult to beat.  Cowboys players have told me they hated playing in Philly because of the Birds fans.  Governor Wolfe is costing us that advantage.

Look how close Governor Wolf is to this guy.  That’s okay, but you can’t go to a football game.   There’s no social distancing as they bump forearms. Governor Wolf is being dishonest for political purposes.

The Redskins are joke and the Giants are getting better but they’re not even close yet. The  Cowboys are going to clearly have an advantage on the Eagles because of their fans.  They will have their fans at their games and Governor Wolfe will be putting the Eagles at a disadvantage because of politics.  It’s got nothing to do with the health of Pennsylvania citizens.

You can go into the local mall, or into a Target or a Walmart,or any store and be considered safe as long as you have social spacing and your mask on.  But you can’t go to the Eagles game because of Governor Wolf and his desire to help Joe Biden beat Donald Trump.   What he’s also doing is giving the Cowboys an advantage against the Eagles.

The Eagles Defense Has A Chance To Be Very Good, But…