I Understand The Decision By Marquise Goodwin 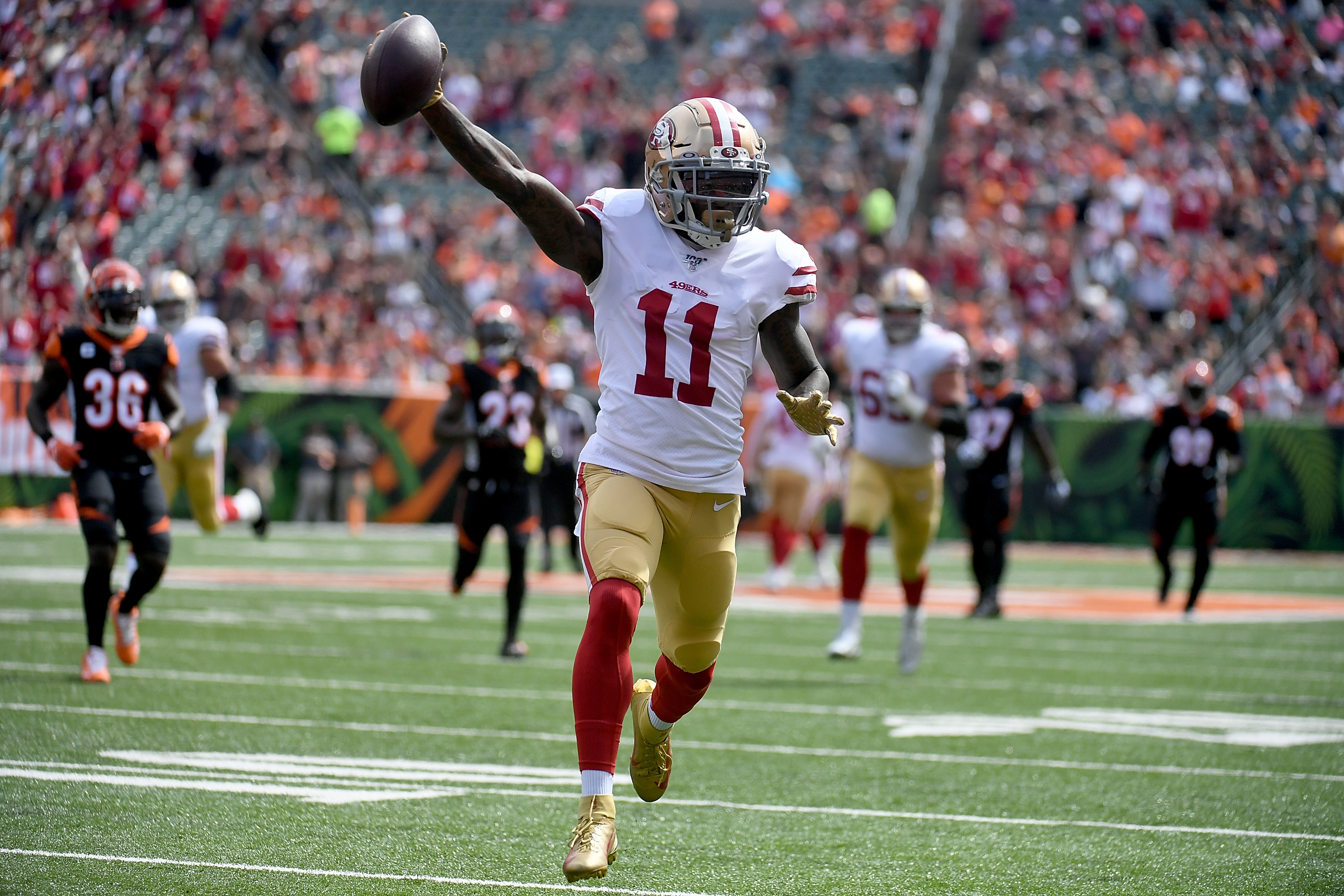 CINCINNATI, OH – SEPTEMBER 15: Marquise Goodwin #11 of the San Francisco 49ers runs for a touchdown during the first quarter of the game against the Cincinnati Bengals at Paul Brown Stadium on September 15, 2019 in Cincinnati, Ohio. (Photo by Bobby Ellis/Getty Images)

I think true Philadelphia Eagles fans should criticize Birds wide receiver Marquise Goodwin, who has decided to opt out of the season because of his family situation. His wife, Morgan has had three miscarriages and they had a daughter, Marae, about a year and a half ago, so he wants to be there for his wife and his daughter.  He wants to lower the risk bringing home Covid-19, so he’s not going to play this season. If you are reading this article, you must be a fan of football, visit Footie Quiz and learn something new everyday.

Goodwin couldn’t help but get emotional when talking about the fact that he wasn’t there before to give emotional support to his wife when she had the previous miscarriages.  The speedy wide receiver was playing football when he wife miscarried a son in November of 2017 and he was playing football again in November of 2018 when she miscarried twin sons.  Understandably, he wants to be there this time, plus the fact that you have the Covid-19 pandemic on the scene.  Anybody with any common sense can understand why he would want to make sure he’s there now for his family.

Would it be great if Doug Pederson and the Eagles had a veteran wide receiver, who is running a 4.3 or faster backing up DeSean Jackson?  Could they use Goodwin’s speed to put pressure on opposing defenses.  Yes that would be great, but I can understand when a player faces a situation which involves things in his life, which are more important than football.  This is definitely one of those times.

How can you blame him for putting his family first in this situation?  I think true Eagles fans will back off of him with any criticism.  In fact, I take my hat off to Goodwin.  He shows me the type of character that you respect and value seeing in a professional football player.  I would want to see my son or grandson make that type of decision about being there for their wife and family.

I hope things will work out for Marquise and his family and hopefully next year we will get the chance to see him playing with Eagles.  I’ll be looking forward to seeing him blazing by a cornerback and chasing down a deep touchdown pass thrown by Carson Wentz.   Hopefully he’ll be able to help Birds win some games in 2021 season.

Until then, may the Lord bless and keep all the Goodwin safe and healthy, Marquise, his wife Morgan and their little precious daughter, Marae.