Eagles Sirianni Made The Right Points, But Needs To Improve His Method 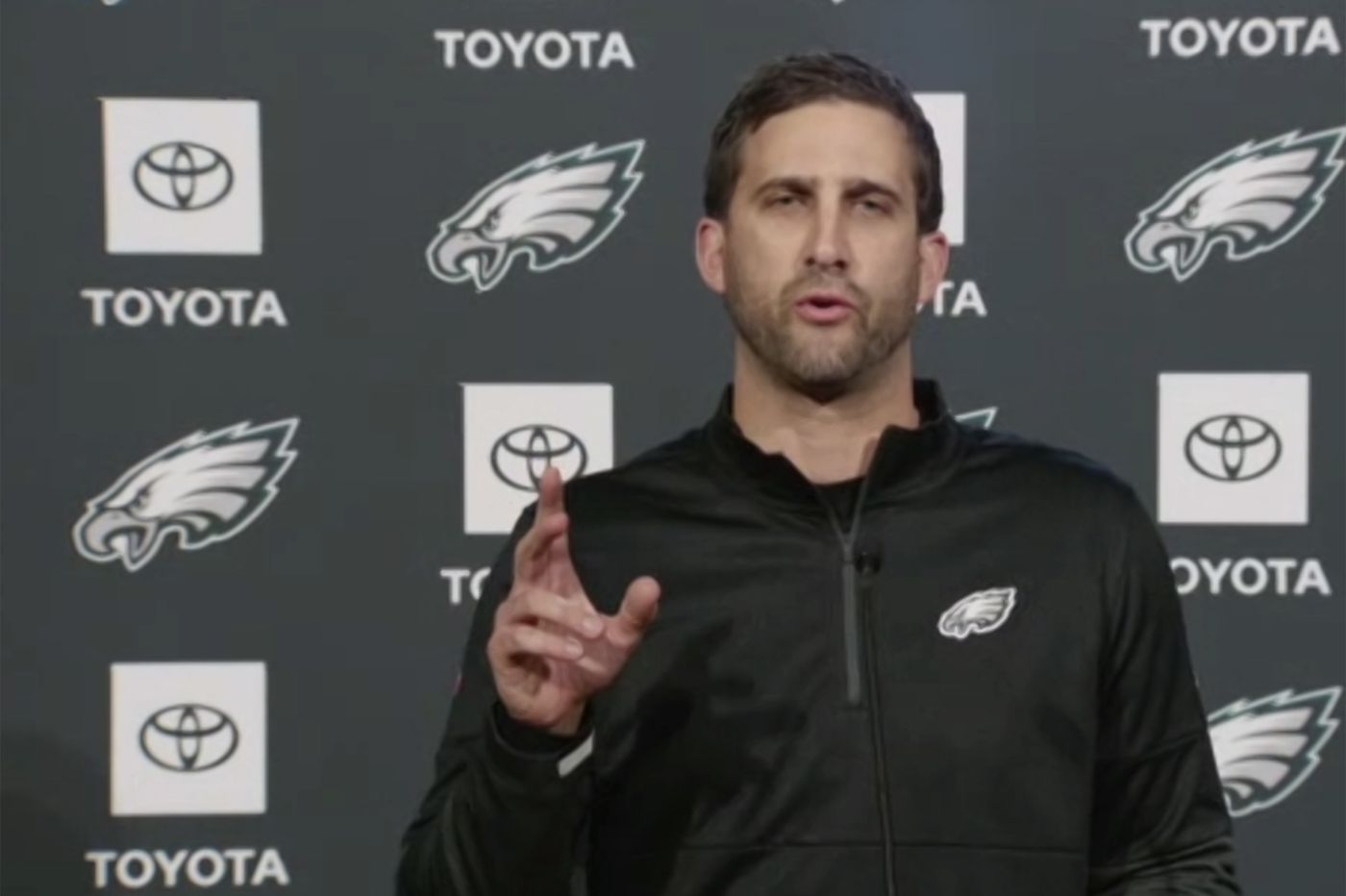 Everybody is ready to bury Eagles new head coach Nick Sirianni and throw dirt over his grave, but let’s slow down.  Putting together a championship football team is what he will be judged on.  He was nervous.  There’s a big difference between doing your first news conference in Indianapolis for the Colts, as compared to doing your first news conference in Philadelphia for the Eagles.   It is true that his comments didn’t come across very well and he needs to improve his speaking public speaking but I realize that he will get comfortable as time goes by.

As for what he talked about, I liked what he had to say.  I look at the different principles he wants to build a football team on and I think they’re solid.  His number one point was to Connect and Trust.

Connecting and trusting will be something that has to be achieved because he’s got to come in and to win over the confidence of his players.  He has to convince them that he has an outstanding scheme to score points.  As individuals Sirianni and his coaching staff must convince Carson Wentz, Fletcher Cox, Miles Sanders and Jason Kelce that they know how to help them improve as players and as a team.   The defensive coordinator must have an outstanding scheme to convince the defensive players that they can succeed with what he’s telling him to do.  This is done over time even though the coaches are the bosses from the start.

Connecting and trusting is something that is solid and goes on all around the NFL where you have players making so much money that they have just as much power as the coaches.   For instance Wentz he has a great deal of power in the organization because of his contract and because of the position.   A coach has to win his confidence. Now Carson hurt himself last year with the poor season, so he doesn’t have as much power as he had before, meaning if he were to have an impasse with Sirianni, the new coach would be able to trade him.   I’ll be very interested in seeing how Sirianni manages the quarterback situation.  If Wentz comes across as too stubborn and set in his ways, I think they will try to trade the quarterback.  Carson will come in as the favorite, but Jalen Hurts could win over Sirianni and the staff with consistency and his talent.  Bottomline, connecting and trusting is very important and both the coaches and players must achieve connection and trust over time.

His second point was competition.  I think that is right on point  You must compete, if you’re going to aspire to be Super Bowl Champions.  You’re going to have to practice like Super Bowl Champions, meaning you must go after each other like your life depended on it.  I was pleased that he said he wanted competition at the quarterback position.  I want to see Carson Wentz and Jalen Hurts compete for the starting job.  How could you look at the performance of both quarterbacks last year and be sure that Wentz is better than Hurts?  I think it’s up in the air, so I want to see the compete.

The players must be physical with each other and they must be aggressive mentally going against each other.   You’ve got to practice the way you want to play.   The players and coaches have got a turn it up notch.  Competition must take place in the meeting rooms and on the practice field, so that this football team is prepared for everything the opponent can throw at them.  The coaches have to be competing strategically in the same way that the players are competing.

His next point was accountability.  I think that’s right on time.  For Sirianni, accountability starts with himself, the coaching staff and the jobs that they do preparing the team each week.   Accountability means all the players allow to know who is doing their job and who is not.  Players that play well should be promoted, but players that don’t play well are demoted.  wear what your performance level is  do.  If a player is playing great then he should treated a certain level of respect.  On the other hand, if that player or coach isn’t getting the job done, then their position or starting job should be in jeopardy.  Everything should be tied to how you perform on the field and off the field.   That’s the way champions are made and that’s got to be something that is genuine and it’s something that is just as much a part of the Eagles as the logo on the side of the helmets. It’s got to be just as much a part of the Eagles as the work ethic here in Philadelphia.

Now his fourth point about playing smart football I knew what he was saying and I agree with it.   Look at the Eagles last year they were a dumb football team. It starts with Carson.   On first down, if you see a guy open for five yards, take it.   Wentz wouldn’t take it and that is not smart football.   He would be looking for the deep pass and get sacked.   Smart football is staying out of third and long.  You can’t win in the NFL, if you stay in third and long because you don’t make a lot of third and longs.

Smart football is running a balanced offense. Watch Tom Brady hand the football off to keep the defense honest.  Doug Pederson made a habit of throwing the ball too much and putting his offense and specifically the offensive line is a very tough situation.  Smart football is not letting the defense know what you’re doing.

It’s a fact that NFL teams which lose the turnover battle also lose the game.  If you turn the football over in the NFL, you lose.  So playing smart football means, you don’t turn over the football.  Last year, Wentz was a walking and talking turnover machine.  He wasn’t playing smart football. On the other hand, defensively you want to get turnovers in order to play smart NFL football.  We had a defensive coordinator in Jim Schwartz, who he didn’t stress getting turnovers.   That was not smart football.   If you force turnovers in the NFL defensively, you win. Turnovers are the number one stat in the NFL next to having more points than the other team.   This means that next to the score of the game, the number one stat which dictates who won is the turnover battle.  Smart football means you go out of your way to try to force turnovers and you do everything you can to not commit turnovers.

The next time Sirianni speaks about football and his vision for the Eagles I want to hear him explain this type of connecting and trusting, competition, accountability, smart football,