The Future Of Fletcher Cox As An Eagle 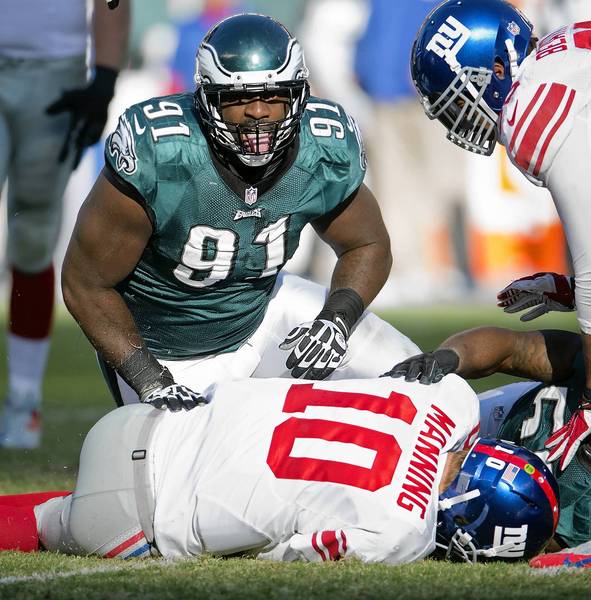 With the 2021 NFL season approaching, Eagles Pro Bowl defensive tackle Fletcher Cox is at a crossroads in his Birds career because of four key factors: his huge yearly salary, his declining production on the field, the Birds unsettled quarterback situation and the team’s new coaching staff.

With the departure of quarterback Carson Wentz, Cox is now the highest paid Eagles with guaranteed salaries of $23.9 million dollars in 2021 and $23.8 million dollars in 2022, despite the fact that there haven’t been glowing reports about his play coming from the Eagles NovaCare Complex in South Philadelphia.  Don’t get me wrong, he’s still a Pro Bowl level defensive tackle who requires consistent double teams, but his production has been going the wrong way since the Eagles Super Bowl Championship victory in 2017-18.

In 2020, opposing offensive lines continued to double team Cox every chance they got.  He was still able to register 6.5 quarterback sacks and 9 tackles for loss.  Unfortunately for Cox, the Rams Aaron Donald, is the guy whom he is compared to, and the Los Angeles dynamo more than doubled Cox’ pass rushing stats with 13.5 quarterback sacks and 19.5 tackles for loss in 2020.

A few weeks ago, Philadelphia Inquirer Eagles reporter Jeff McLane, wrote an article about the perception amongst the Birds front office that his production is half of Donald’s because Cox is a far less motivated worker than the Rams’ undersized superstar.  One of the criticisms McLane reported on was number 91’s habit of taking plays off.   Bottomline, there are Eagles football people who don’t think the team is getting what they paid for from Cox.

On the other hand, if the second-year signal caller struggles and the Birds realize that the quarterback who will lead them back to the top is not on the roster yet, they will be tempted to start listening to trade offers for their talented veterans.  This will affect the future of Cox with the Eagles.

The perennial Pro Bowler is 30 years old and qualifies as one of the team’s most valuable players, who still has the ability to take over a game.  Nothing disrupts a quarterback like pressure up the middle and that’s what Cox is able to produce when he is on top of his game.   A few years ago in nearly every Eagles game, we were treated to a play with Cox running over a guard or center, then chasing the opposing quarterback, who was running for his life.

The potential of Cox to dominate will make it likely that he will be sought after, if the Birds are in a rebuilding mold during the offseason following the 2021 season.  Therefore the future of the veteran defensive tackle in Philadelphia is unquestionably tied to the play of their young quarterback.

The final factor that could weigh in on the future of Cox here in Philadelphia is the new Nick Sirianni coaching staff.  The Doug Pederson coaching staff had seen the veteran defensive tackle dominate opponents and make his yearly trip to the Pro Bowl.  Of course they also saw him help them win a Super Bowl Title.  They had a loyalty to him.  The Sirianni coaching staff doesn’t have that history with Cox.  If he continues to decline in performance, this coaching staff will have no problem with Eagles General Manager Howie Roseman deciding to move him.

This is a very important season for Cox and the Eagles.  If it goes well, the veteran defensive tackle could play another five or six years here and retire as an Eagle.  If it doesn’t go well this year, it could easily be his final season as a Bird.