Kraft Says We Need To Get Lawyers Away From Negotiations; But Goodell & D. Smith Are Lawyers 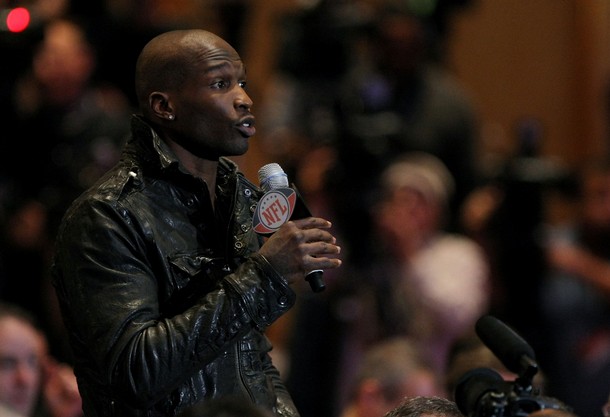 New England Patriots owner Robert Kraft says they could get a deal done in a week if everybody sat down and met for a week until they got it done. He said he wants them to get the lawyers away from the table.  He said lawyers are deal breakers not deal makers.

Maybe Kraft doesn’t realize that both NFL Commissioner Roger Goodell and the Executive Director of the NFLPA DeMaurice Smith are lawyers. Perhaps somebody needs to tell him.  If he does know then may be, we need to change the guys who are running things.

If the NFL Players and the NFL owners don’t get a deal done by March the 4th there’s a good chance that they will be a long work stoppage.  It’s foolish that they haven’t gotten serious about the negotiations with so much money on the line.

Cincinnati Bengals wide receiver Chad Ocho Cinco stood up and asked the Commissioner a question about how sure he was that they were going to get a deal done before the March 4th deadline.  Ocho Cinco stung him by mentioning at the end of the question that the owners looked like they were preparing for a long lockout.

He made a good point because the owners have negotiated an agreement which will allow them to get paid by the networks even if they don’t play football in the fall.  A deal like that is surely preparation for a long work stoppage.  They know the players are only going to be able to hold out for a short period of time.

I know of players who mismanage their money to the point where they have to borrow money from the team during the off season, because they have spent all of their money before the next season begins.

This is the case with guys making millions of dollars.  You and I know they’re not going to be able to hold out very long.

I didn’t buy the comments by was Goodell said about the NFL Players Association asking to see the owners’ books.  Goodell said it was a P.R. ploy. It doesn’t sound like P.R. to me.  He claims the players already know what the owners are making.  If that’s the case then it’s all the more reason that they should let them see the books, especially if the NFLPA already knows what’s in them.

The commissioner also said the NFL owners and the NFLPA have committed to two days of negotiation in the next week.