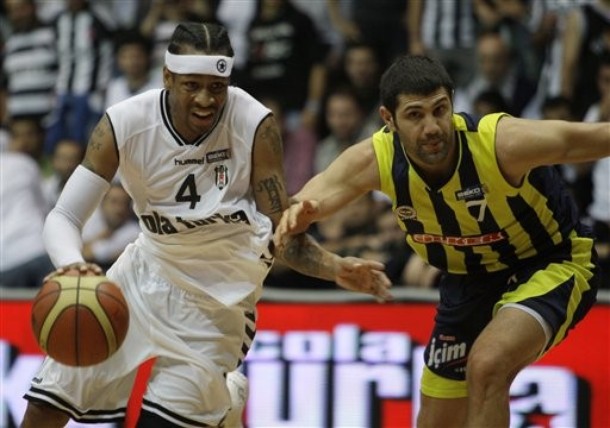 To many people in the city, he is perhaps the most exciting and loved Philadelphia 76er they have ever seen play. But the nights of him electrifying the First Union Center are long gone.

The downward spiral is continuing for Allen Iverson.

It started when he began to bounce around the NBA, from Detroit, to Memphis, then back to Philadelphia. But when he had to leave the team due to family issues, it would end up being his last time in an NBA uniform. As we all know, Iverson since signed to play over seas with the Turkish basketball team Besiktas. That appeared to be rock bottom for the former MVP, but since an injury to his leg caused him to come back to the states, it appears to have only gotten worse.

The guys over Crossing Broad (Link: http://www.crossingbroad.com/2011/02/allen-iversons-downward-spiral-continues.html) did a great job of showing a timeline of how Allen Iverson spent his All-Star weekend. And no, it was not spent collecting another MVP trophy.

A series of tweets from people inside of an Atlanta club named “Wet Willies” say that Iverson spent the night watching the game there- one person claims by himself- wearing sweat pants and following one girl into the bathroom. Other people claim that being in the bar every night is a common thing for Iverson in Atlanta, even though he is supposed to be at home resting.

While Iverson being out at a bar is not news to anyone who has followed his career, it says something about how far he has fallen that his appearance was not only not a big deal to either the people there or the bar, but it was looked down upon and mostly mocked by the people there.

There have been various reports about Iverson since he left the NBA, one of which was that he split from his high school sweetheart

turned wife. There have also been reports of him having problems with alcohol to him being broke. While none of those have been confirmed, and nowadays anything on Twitter should be taken with a grain of salt (if everything on there were true, Jon Gruden would be running the NovaCare right now), Iverson’s fall from grace appears to only be getting worse.

Here is hoping that he can turn everything around, and does not turn into the Sixers version of Lenny Dykstra.

Jayson Werth Not Sounding Happy With The Money And The Nationals