Event Organizer Knew Vick Wasn’t Going To Be There 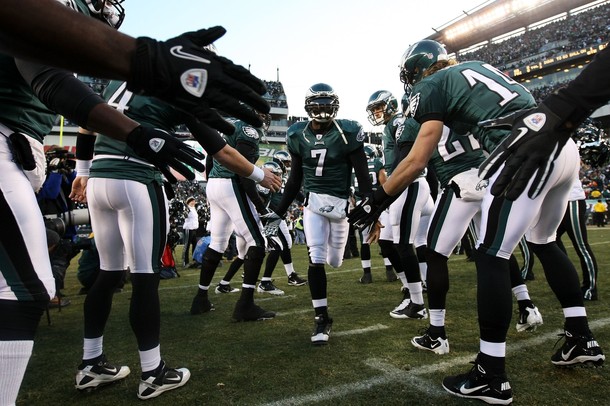 There have been reports that Eagles quarterback Michael Vick failed to let organizers of an event for disadvantaged youngsters on Monday at the Franklin Institute, know that he wasn’t going to be there. I have learned that those reports were totally false.

Yes, Vick didn’t attend the event but he had let the organizers know well in advance that he wasn’t going to able to attend.

This morning I talked to Anthony Martin, who is the organizer of the “What It Takes” series of events, which are at issue. Martin told me that Vick’s public relations representative had called him last Wednesday and let him know that the quarterback wouldn’t be able to attend the Monday event because of a family issue he had to deal with in Virginia.

misrepresented the facts. He even went so far to say that one of the reporters at the Monday event refused to believe him when said that he knew beforehand that Vick wouldn’t be able to attend the event.

The event organizer said it seemed that one of the reporters was out to get Vick.

The Birds quarterback was supposed to sit on a panel of successful athletes, business persons and entertainers and give advice to local disadvantaged youngsters about how to be successful in their future careers and personal lives.

I had been on a panel of a previous “What It Takes” event at the Franklin Institute with Vick during this past Eagles season. In fact the previous event had been on the Tuesday when Andy Reid shocked the city and changed his mind about who would be the team’s starting quarterback and named Vick as the team’s starter.

Near the end of the session Vick had looked at a text message, then promptly got up and made a call. He came back, but had to leave before the total event was over. Later I learned that the text he had gotten was from Reid and he had to leave early in order to let the coach explain to him his decision.

Vick had done an outstanding job of opening up to the youngsters and talking about the mistakes that he had made. He talked openly about sitting in his prison cell and going over his stupid mistakes then vowing not to make those mistakes again in the future.

The former number one pick in the draft talked about not listening to good advice from his mother, coaches and other mentors during his college years and previous time in the NFL. The quarterback talked about the pain he had endured during his incarceration and how he was intent on avoiding the mistakes this time around. You could hear a pin drop in the room as the youngsters listened to the quarterback.

CBS broadcaster James Brown emceed the previous event and he also oversaw the event on Monday. Sixers forward Andre Iguodala was one of the local athletes on the panel.

Since Vick told them in advance, Did anyone line up other well known local athletes who could have went in his place..
Much to do about nothing it appears..

I read the article yesterday from Ashley Fox. What concerns me more is the editor of the sports section. Even in her article she stated that the event organizer knew ahead of time that Vick would not be there. The whole article contradicts itself. I’m glad I never have to buy the newspaper. What a joke.

The Inky is the worst and for Fox to be a columnist is a joke. She has no clue.