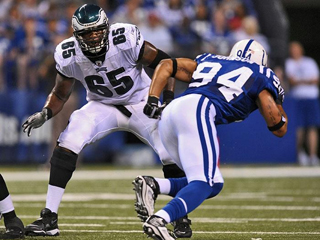 Eagles backup offensive tackle King Dunlap was arrested and charged with reckless driving and disorderly conduct in Nashville, Tennessee when he drove his Cadillac Escalade up onto the sidewalk and parked it near the front doors of the arena which was hosting the Southeastern Conference Women’s basketball tournament.

This occurred yesterday and police said Dunlap told officers that he was picking up his father, who uses a wheelchair. They asked him

to move his vehicle to a nearby street and offered to help with his father, but he refused to move the vehicle. They promptly arrested him and his relative who were attending the SEC tournament moved his vehicle.

Thankfully after behaving foolishly Dunlap was cooperative after being arrested. His bond was set at $1000.

One NFL Fan’s Letter To The NFL Commissioner