Proposed NFL Rule Changes Would Have A Major Affect On Kickoffs 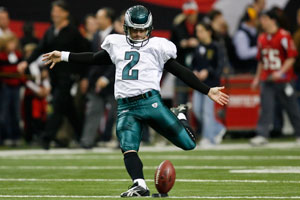 The NFL has done research on injuries to players and discovered that there are an inordinate amount injuries which occur on kickoffs. The NFL Competition Committee believes that the reason for the large number of injuries is because of the high speed collisions which occur when players are allowed to get a running start to cover kicks.

One part of their proposed rule changes would attempt to reduce the number of times a returner would bring the ball out of the end zone on the return. This would achieved by making it easier for a kicker to kick the ball into and out of the end zone and giving the returner more incentive for taking a knee and getting a touchback.

Up until now, NFL kickoff coverage players have been allowed to get a running start from the twenty-yard line, then take off at full speed at the thirty-yard line and run downfield to take on blockers before making the tackle on the return man.

The supposed injury-reduction proposal would allow the kicker to kickoff from the 35-yard line rather than from the 30. They’re hoping those five yards will create a great deal more downed kicks in the end zone and kickoffs that go out of the end zone.

You also have the proposed rule change which will allow the receiving team to get the ball on the 25-yard line after a touchback rather than on the 20.

In this proposal a team’s third video challenge would also be eliminated.

I think these kick off rules make sense because there are too many players laid stretched out on the field after kickoffs. These players are too big and too fast to be allowed to get running starts at each other. This a good attempt to cut down on the injuries.

The rule proposal to review all scoring plays is also a good rule change. It will lead to a fairer sport.

I dont get it… Whats the point of the video review? What are they looking for? Are they going to be able to enforce penalties for illegal blocks, etc after the fact?? If so thats an awful rule change. If they’re just looking to see if the returner stepped out of bounds, then I’m fine with it. I dont see the point, but it doesnt bother me…

The best way to cut down on injuries is to widen the field. Allow speed to be both a protector and an advantage. These guys are just too big and too fast. Just like the basket had to be raised in basketball, the field should be widened in football.

Shortening the run-up to 5 yards isn’t going to make any difference. These guys reach full speed rather quickly…. I thought a coupe years ago they were changing all these kick-off rules to make the game more exciting….so there would be more game-breaking plays on kickoffs……now they are rolling that back it looks.