The Phillies Bullpen Has Been Critical To Their Success 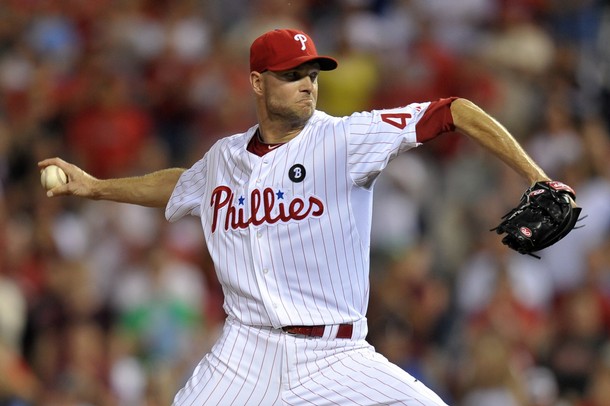 A concern about the Phillies before the season was the amount of depth in the bullpen. The team had lost a reliable reliever in Chad Durbin. They were forced to bring a pair of unreliable pitchers (J.C. Romero, Danys Baez) back out of necessity. Jose Contreras and Brad Lidge were each another year older, and it wasn’t clear what the team could expect from the aging veterans.

In Spring Training, the concerns about the bullpen only grew when the team learned that Lidge would have to miss an extended amount of time with elbow and shoulder injuries. It left the Phillies without a true closer, and they were forced to insert Contreras into the role, hurting the overall depth of the bullpen.

The veteran right-hander converted all five of his save opportunities, but was then forced to spend some on the disabled list, forcing Ryan Madson into the closer position and also forcing the Phillies to rely on young relievers Antonio Bastardo and Mike Stutes to pitch the seventh and eighth innings.

The results have been far greater than what the Phillies could have hoped for. Not only have Madson, Bastardo, and Stutes performed well in their respective roles, but they have been nearly flawless.

Bastardo originally wasn’t supposed to be used as anything more than a lefty specialist. He’s made the most of his opportunities, and

has earned the trust of manager Charlie Manuel and pitching coach Rich Dubee to regularly pitch the eighth inning. He’s only given up three runs in 23 innings of work, leaving him with an excellent ERA of 1.17.

Stutes forced his way on to the Phillies’ radar in Spring Training, where he gave up only one run and four hits in 11 innings. The team didn’t have room for him on the roster at the start of the season, but the Oregon native got his chance to shine when Contreras went down. He’s carried over his success from Spring Training, and has only given up three runs in 14.2 innings. The young righty is proving he belongs in the big leagues.

The biggest revelation of the successful bullpen has been Ryan Madson. The 30-year old expressed a desire to be the team’s closer after Lidge went down in Spring Training. However, his failures in his past opportunities caused the Phillies to opt to go with Contreras at the start of the season.

Now that Madson has gotten his chance, he’s flourished in the closer’s role. He hasn’t blown a save in 13 opportunities, and has finally carried over his dominating eighth inning persona to the ninth inning. If he continues to succeed, the Phillies will have found their long-term answer for the position.

The success of the bullpen has been absolutely critical to the success of the team this season. Without the rise of Madson, Bastardo, and Stutes, the Phillies would not be in first place in the National League East today. They’d be in trouble if the young relievers didn’t step up, and if they had to rely on Baez and Romero on a regular basis. The team’s starters may be great, but they obviously can’t be expected to go all nine innings.

With an offense that struggles to score three runs or more on a regular basis, the margin for error by the bullpen in the late innings is very slim. The team has been fortunate that Bastardo and Stutes have been able to step up and become key contributors, and they’ve been even more fortunate that Madson has gotten over his ninth inning struggles. What they now have is a reliable, consistent bullpen that has been an excellent compliment to an elite starting rotation.

Andre Iguodala For Monta Ellis: Does It Make Sense For Sixers?