Eagles Will Be Looking To Sign Talented Free Agents 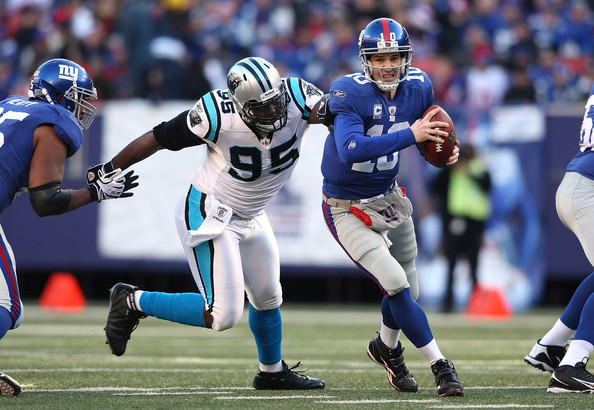 The Eagles front office led by team President Joe Banner have always done a great job of knowing the status of their salary structure and the salary situations of the other teams in the league. Right now they’re waiting to pounce on some teams who will get caught with their pants down when the CBA is signed.

I predict that the Eagles will target some young talented players, who have not been mentioned by the media. Here are a few of the possibilities:

Charles Johnson, DE, Carolina Panthers. Age: 25.
The Carolina Panthers would be totally foolish to give the Eagles a chance to sign the young and talented Charles Johnson. The young defensive end fits the Eagles needs perfectly because he plays the left defensive end position. He’s only 25 years old and has proven that he’s a star in the making. Despite Julius Peppers not being present on the other side of the line, Johnson was able to contribute 12 sacks in the 2010 season.

Marcel Reece (RFA), FB, Raiders. Age: 26.
Reece is an outstanding pass receiver and will again give the Birds a weapon at the fullback position. He’s a good blocker but Andy Reid will be drooling to get his hands on him. Last year Reece caught 25 passes for 333 yards for the Raiders. That number will move up to 40 and 500 yards if he becomes an Eagle.

Mathias Kiwanuka, DE, New York Giants. Age: 28.
The Giants are stocked with tremendous talent at the defensive end position. Mathias Kiwanuka was a former first round draft pick, who has been shuffled back and forth from linebacker to defensive end and vice versa. He has tremendous potential as a pass rusher, but he suffered a season-ending neck injury. He registered four sacks in only three games, last year. Depending on his health, he could be a target of the Birds.

Lessons Learned from Bruins Triumph over Canucks for Stanley Cup