The First Stages Of A New Eagles Defense 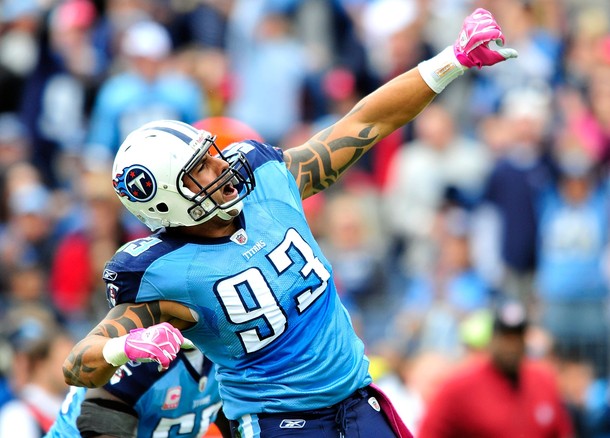 New defensive coordinator Juan Castillo wants this defense to attack and play fast. They’re going to be the type of defense which attacks the offense at the snap of the ball with the defensive line turning it loose on every snap.

The defensive line attacks now rather than read at the snap of the ball.

Castillo wants to utilize the speed of unit by getting them to hustle to the football and come up with turnovers. Every time there was a incomplete pass or interception, the emphasis was on hustling to the football and returning it for a score or to put the offense in good position. During individual drills, you can hear Castillo and new defensive line coach Jim Washburn pushing them for the quickness and hustle.

They’re small upfront in comparison to other teams. Washburn is an entertainer who will do almost anything to get his troops to get off on the football. He coaches with a lot of energy and you can hear him a couple of miles away when he’s getting after his defensive linemen.

The Eagles defense lined up yesterday with Juqua Parker and Trent Cole at the defensive end position. We know that will change with the signing of Jason Babin. They desperately need him to be able to come in and provide immediate pressure on the quarterback.

The key will be lining him up further outside in a nine technique. Washburn moves his ends further outside and has them get off the ball like their hair is on fire. It worked for Babin last year, and we’ll have to wait to see about this year.

They want to be less reliant on the blitz in their pass rush, so that means the guys upfront, especially the ends have to get to the quarterback.

At defensive tackle Mike Patterson and Antonio Dixon were the starters. Brodrick Bunkley has become an Oak Ridge Boy. You could

see that Bunkley wasn’t thrilled about his new status, but he earned it.

After stepping back and looking this defense, they are extremely young at the decision-making positions, linebacker and safety. The linebackers direct the run defense and the safeties control the pass defense. They have very little experience at either position.

Starting in the middle at linebacker is rookie Casey Matthews, Moise Fokou was lining up on the strongside (tight end side) and Jamar Chaney is lining up on the weakside (away from the tight end). I don’t know why they moved Chaney out of the middle. I expect to see them sign a veteran free agent.

Casey said he had put on 15 pounds of muscle working out with his Thor-like brother, Clay during the off season. It would be quite a gamble to ask him to step in as a rookie and start in the middle.

The Eagles linebackers are small especially their backups, Keenan Clayton and Brian Rolle, look like safeties wearing the wrong uniform numbers. Clayton and Rolle look like they’re weighing about 210 pounds. They are small, very small for linebackers, but they can run.

In the secondary, the corners were Joselio Hanson on the left side and Trevard Lindley on the right. Of course that will change when Asante Samuel and Dominique Rodgers-Cromartie arrive. That was a great trade the Birds pulled off with the Cardinals.

At the safety position, Kurt Coleman at strong safety and Marlon Jackson at the free safety position. Nate Allen went through the individual drills as he tries to recover from his knee surgery.

How long will Jackson stay healthy and when will Allen be ready to go?

Roy Oswalt’s Impact On Phillies Down The Stretch