A Close Look At The Eagles NFC East Competition 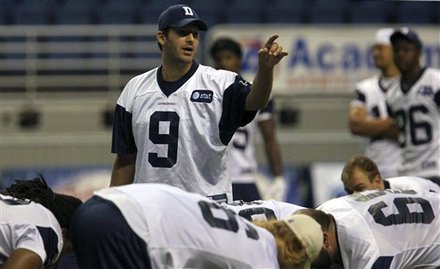 The Philadelphia Eagles are hoping that all of their offseason moves will help them get past their NFC East rivals and all the way to the Super Bowl.

Let’s take a look at how they stack up against their competition in the NFC East:

I expect the New York Giants to give the Eagles a run for their money in the division this year. The team from up I95 went out and re-signed most of their important free agents while adding some depth. They also have a Super Bowl winning quarterback leading them in Eli Manning and their passing game is better now than it has been in the past with their receivers having gained valuable experience. Head coach Tom Coughlin has RB Ahmad Bradshaw back in the fold for the next four years, which is a good thing.

The strength of the Giants is their defensive line. They’re talented and they’ve got great depth. Here are some of the names on the that will be lining up there: Justin Tuck, Osi Umenyiora, Mathias Kiwanuka, Jason Pierre-Paul, Rocky Bernard, and rookie defensive tackle Marvin Austin. The only distraction could be the new contract that Umenyiora wants because he thinks he has outplayed his current one.

The Giants dominated the Eagles for most of that end of the season game a year ago, but I think the free agent signings of the Eagles have moved the Eagles further ahead of the Giants. Therefore I feel the Birds finish ahead of them in the division.

The Dallas Cowboys had to cut players just to get under the new salary cap, of which they exceeded by almost $14 million. The three most notable players that were cut were WR Roy Williams, RB Marion Barber and G Leonard Davis. They wanted to acquire prized free agent Nnamdi Asomugha, but their division rivals, the Eagles, beat them to that signing.

The Cowboys have quite a few talented players on their defense which is led by Pro Bowlers DeMarcus Ware and Jay Ratliff. Their

defense was amongst the best a couple of years ago, they fell off last year, so defensive coordinator Rex Ryan has been brought in to revive them.

Their head coach, Jason Garrett, is in his first full year; whereas, Andy Reid is entering his 13th season as Eagles coach. The experience of Andy Reid will help the Birds over the course of the season.

The Washington Redskins signed most of their unrestricted free agents to contracts, but that doesn’t mean that they are going to be better than the Eagles this year. The three quarterbacks on their roster are Rex Grossman, John Beck and Kellen Clemens. Grossman took the Bears to the Super Bowl or should I say he went along for the ride with their defense driving. He tends to throw more interceptions than touchdowns, and is expected to be their starter, if Beck doesn’t get the job.

Beck is a young quarterback, who the Shanahan’s believe in. Offensive coordinator Kyle Shanahan says he tried to convince the Texans to draft him in the first round of the 2007 draft. That’s hard to believe. Beck has completed 60-of-107 passes for 559 yards, one touchdown and three interceptions in his three years in the league. Clemens basically sat the bench last year as the New York Jets’ backup to Mark Sanchez.

The one area where they improved this offseason is at punter since they signed Sav Rocca, who can boom the ball down the field. The Redskins will wind up finishing last in the division once again this year, so the Eagles are better than the Redskins by a mile.

I definitely believe that Michael Vick will lead his team to the top spot in the NFC East division. The Giants and Manning will come in second, then the Cowboys and Romo will come in third. The Redskins and Grossman will round out the NFC East.

Ravens Game Will Be A Good Test For Casey Matthews