Source: Michael Vick Has Been Cleared To Play On Sunday 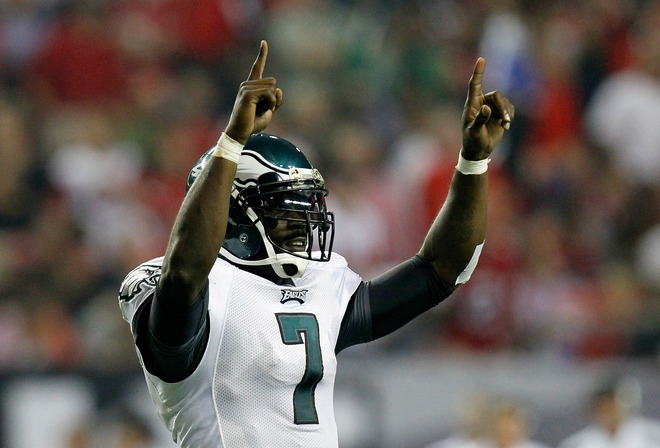 You’ve heard that saying about being careful about what you wish for because sometimes you might get it.

Justin Tuck, Antrel Rolle, and other Giants talked about wanting to play the Eagles with Michael Vick at the helm. Well it seems like they’re going to get their wish.

The Eagles just confirmed that he was evaluated and cleared to practice today by a neurosurgeon.

According to Eagles head coach Andy Reid, Michael Vick was a full participant in practice today. He wouldn’t get into any of the specifics about what he did or didn’t do.

Eagles Want Chaney In The Middle Against The Giants, But…………