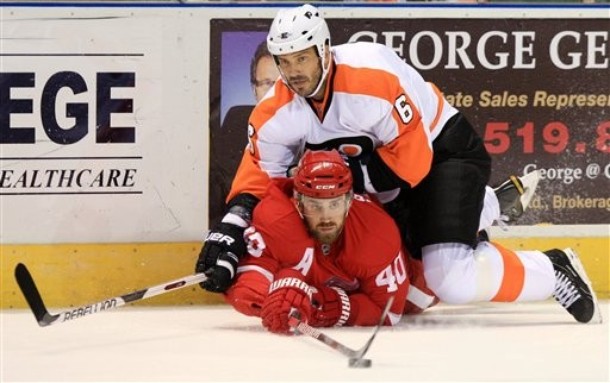 The Flyers continued the preseason with their fourth game in four nights and second against the Detroit Red Wings.  After falling early to a goal by Red Wing Fabian Brunnstrom, the Flyers rallied back to eventually win 3-1. With four more games remaining before the start of the regular season, the roster continues to take shape.

The next preseason game is Monday night against the New York Rangers at the Wells Fargo Center.  The NHL will finally “announce” the 2012 Winter Classic before the game. While most fans will not care about the formal nature of the announcement, ticket information will finally become available to the general public.

Week 4 In College Football: LSU vs. West Virginia & My Picks

A Look At Week 3 In The NFL